Wunderdog is your source for the weekly NFL computer picks. If you're betting on the NFL and you haven't signed up for my free NFL picks, you're missing out on my expert handicapping strategies and analysis - plus it's completely free. Are you looking for expert sportsbetting help? If so you'll want to grab a premium package to get all the picks for each week in the NFL.


NFL Matchups: How Are They Set By The League?

The National Football League (NFL) is the most popular sport in the US and has a massive following worldwide. However, the first time fans start getting excited about the season is when the NFL matchups are announced.

All 17 regular-season games for each team are laid out, and the league has a specific formula that is used for this. In addition, schedules are based on the results from the previous year in an effort to balance out the NFL matchups.

Once the schedule is announced, that is when the NFL predictions for NFL matchups really start. Most bettors only focus on the NFL matchups this week, but you can also plan ahead by looking at the entire schedule.

Injuries can always affect the outcome of every NFL matchup, but this league typically has results that are not very surprising. Therefore, you will want to get your hand on the list of NFL matchups as early as possible.

The NFL season has started off with a bang, and there are plenty of terrific Week 3 matchups. The defending Super Bowl champions head to Arizona to take on the Cardinals who are coming off a crazy OT win last week.

The Tampa Bay Buccaneers will host the Packers Sunday afternoon somehow this will only be the fifth head-to-head matchup between Tom Brady and Aaron Rodgers — and it may well be the last one. .

The Dolphins have been one of the best surprises this season, and this matchup of 2-0 teams will be by far their biggest test yet. The Bills may have one of the most explosive offenses in the league. but the Dolphins will give them a run for their money with their own speedy attack.

When it comes to betting on the NFL matchups, looking at the Vegas odds is the best place to start. Vegas sets odds for the money line, spread, and totals, and then it is up to each sportsbook to come up with prop and future betting odds.

Since the Week 1 NFL matchups have already been announced, the Vegas Odds for each game are already out as well. Of course, these Vegas odds will be changing some leading up to kickoff in Week 1. 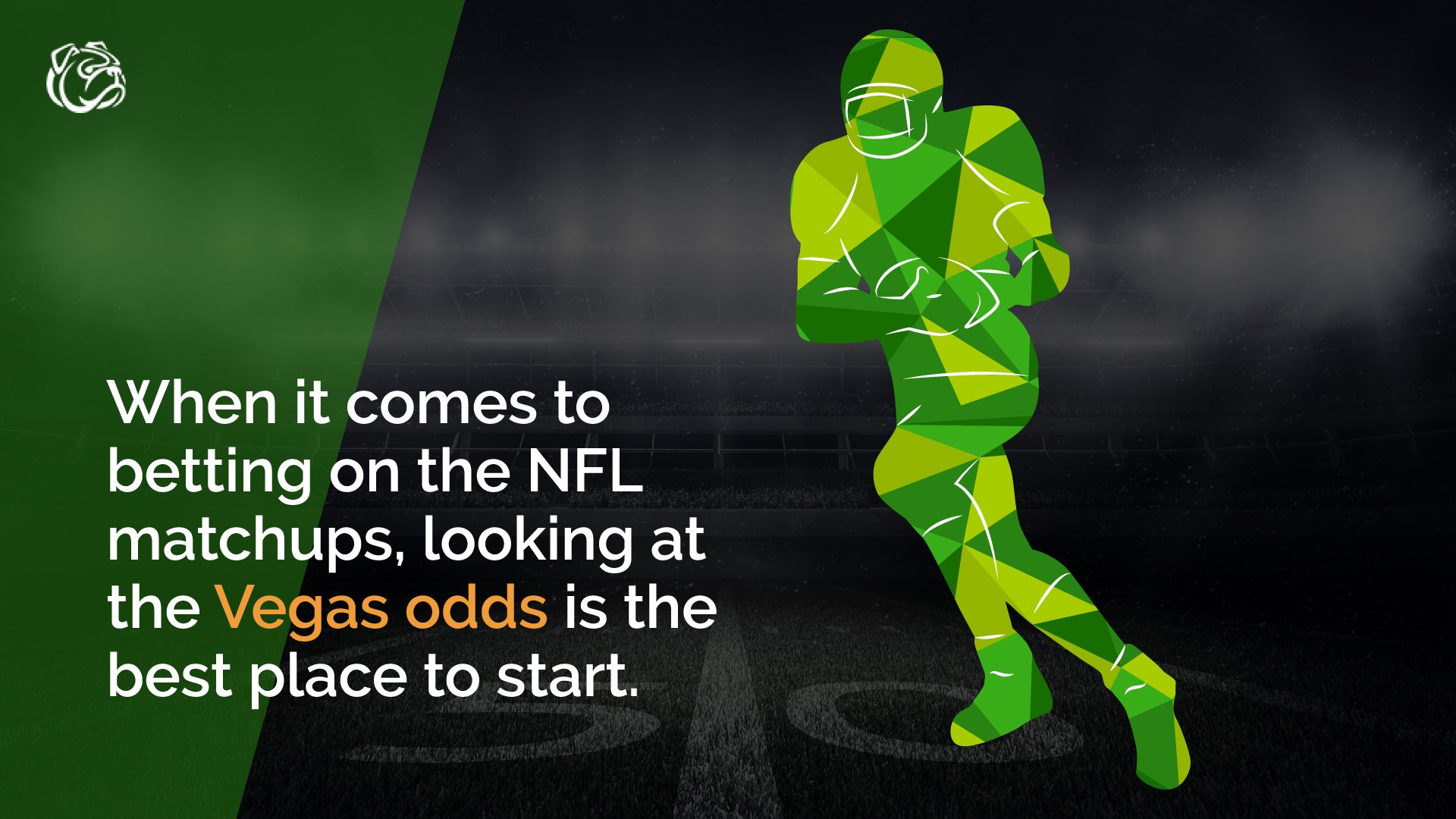 How many games does each team play?

Starting in 2021, there will be 17 NFL matchups for each team. In addition, the league has added an additional game to the regular season while also removing a game from the preseason slate.

How are NFL Playoff matchups determined?

NFL Playoff matchups are determined after the entire regular season schedule is complete. Division winners are given a home game and will take on a Wild Card winner. In addition, the top overall seed in each conference is given a bye in the First Round.

When are the regular-season matchups announced?

The National Football League announces the upcoming regular season matchups on a night in April each year. The league turns this into a made-for-television event as the entire schedule is revealed.

Teams will know their opponents as soon as the prior season ends, but the league determines where and when the games will be played.