CFB Game of the Month! 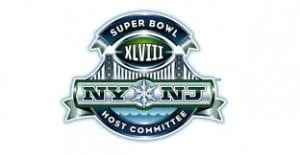 The next football season doesn’t start for a few months, but that doesn’t mean that we have to stop thinking about the game. For those of you who make Super Bowl picks, the time to think about next year is right now. Who is going to be the favorite in 2013? Can we pick out a club right now that might do its business in the next Super Bowl? Perhaps the answer will bore you, because the same old teams are right at the top of the list. Things haven’t changed that much in the NFL.

The San Francisco 49ers have to be at the top of the list. When you make NFL predictions, you will like to favor those teams with good QBs and good defenses. Good coaches help, too. San Fran has all of that and much more. The QB situation should improve out in the Bay, as Kaepernick gets more experience. In addition, almost every contributor on that defense is coming back. They will be a force yet again, and you would be wise to think of San Fran as a Super Bowl contended next year. The only question will be health and whether they can produce in the zone read once again. All signs point to that going well for the 49ers.

You might also look to the Green Bay Packers as a potential under the radar team. The Packers were very close to being the top overall seed in the NFC this year, and they still have a lot of talent. Aaron Rodgers is still probably the best QB in the league, so that gives them a chance. You have to think that Green Bay will figure things out on defense in the coming months. If they can get good production on D, they will be very hard to beat next season.