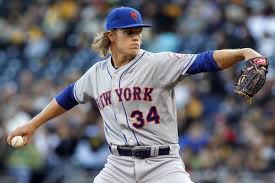 The Mets (28-34) snapped an extended eight-game losing streak with Sundayâ€™s 2-0 victory in the final game of their weekend Subway Series against the New York Yankees as heavy +242 road underdogs. This was just their third victory over their last 16 games. The total stayed UNDERÂ  closing seven-run line in that game and it has stayed UNDER in their last six games.

New York will start this quick two-game series with Zack Wheeler as its starter. The right hander is 2-4 on the year through 11 previous outings and his ERA stands at 4.57 with a 1.38 WHIP. He has failed to get the decision in his last three starts, but he held Baltimore scoreless for seven innings on just three hits his last time out. The Mets have lost their last seven games with Wheeler on the mound.

Atlanta enjoyed a day off after dropping two of three games on the road to the Los Angeles Dodgers over the weekend. This followed a 2-1 series road loss to San Diego last week. The Braves are still tied with Washington for the lead in the NL East at 37-28 and they return home for this brief division clash with a 16-12 record at home this season. The total went OVER closing line in all three games against the Dodgers and in five of Atlantaâ€™s last six games.

The Braves will turn to Mike Foltynewicz as their starter for Tuesday night. He lost his last start against San Diego last Wednesday after giving up two earned runs on five hits in five innings pitched. The right handerâ€™s overall body of work this season has been solid with an ERA of 2.31 complementing a 1.19 WHIP. His record stands at 5-4.