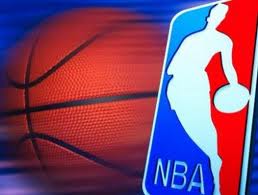 If you are interested in having success with NBA picks, the first thing to know is that there is no magic bullet. The people who win are generally those people who put in the time to research the games and those who have the best information. With that being said, there are some good rules to live by with NBA handicapping that will keep you from falling off the tracks.

Everyone makes a run

If you are a person who likes to do in-game betting, then know that every team makes a run. Just because one team goes up by 15 does not mean that they will stay up by that amount. You can expect all teams to make runs during the course of a game, so do not make the mistake of thinking that just because one thing happened, that it will continue to happen over time. This is a major fallacy.

This should be self-evident, but some NBA bettors still seem to miss this. If you are going to have betting success, then you have to shop around for the best lines. In basketball, even a half-point can make the difference between a winner or loser for you. Donâ€™t think that a favorite will be able to cover 5.5 just because you think they are going to win.

As an NBA bettor, you have to be prepared for a certain level of variance. Over the course of a season, you are going to make a bunch of good picks that end up as losers. At the same time, you will get lucky a few times as your would-be losers turn into winners. The key is to expect variance and account for it whenever possible. As long as you exercise good bankroll management, you should be able to see your true results play out over the course of time.