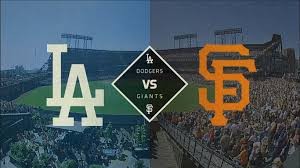 The Giants dropped the series opener against their bitter NL West rivals 9-5 on Tuesday night as -125 road favorites on RealBetÃÂ closing MLB moneyline. The total went OVER 6.5 runs in that game and it has gone OVER in eight of their last 10 games. San Francisco (68-57) is now two games in back of the Dodgers in the division title race after losing seven of its last nine games.

The good news in TuesdayÃ¢â¬â ¢s loss was the five runs scored and despite the current slide this lineup is still averaging 5.3 runs over the last nine games. The Giants could use a big effort by starter Johnny Cueto on Wednesday night to get a much needed win. The right-hander looked sharp his last time out by holding the New York Mets to one earned run on a home run in seven innings of work to pick up the win. On the year, he is 14-3 with a 2.90 ERA and a 1.09 WHIP.

Los Angeles has now won three straight after taking the last two games of an extended four-game road series against Cincinnati this past weekend. It is 6-4 over its last 10 games and the total has gone OVER RealBet sportsbookÃÂ closing line in four of its last five games. With TuesdayÃ¢â¬â ¢s win, the Dodgers improved to 39-24 at home this season.

This is another lineup that has been earning its keep lately with a total of 53 runs in its last five wins. The downside was the combined seven runs it scored in three losses. This hit or miss approach lately has the Dodgers ranked fifth in the NL in scoring with an average of 4.6 runs a game. Los Angeles will turn to Rich Hill as its starter for Wednesday night. He is 9-3 on the year with a 2.25 ERA and a 1.09 WHIP. The left-hander has missed his last few starts while spending some time on the DL, but he does bring a six-game winning streak into this matchup.

This game has the potential to be a pitcherÃ¢â¬â ¢s duel if Hill is up to the task, but with some serious question marks concerning the left-handerÃ¢â¬â ¢s form coming back from injury.