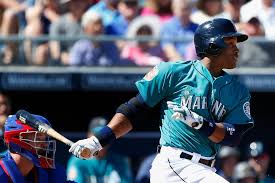 The Mariners have just one win in their last six games and they are coming off a three games to one series loss on the road this past weekend to the Chicago White Sox in which they were outscored 21-13. They are now 8.5 games in back of Texas in the AL West Division race at 68-62 and three games out of the final wild card spot in the AL playoffs. The total stayed UNDER nine-run line in SundayÃ¢â¬â ¢s 4-1 loss to Chicago as +110 road underdogs and it has stayed UNDER in four of their last six games in MLB picks.

Seattle will turn to starter Hisashi Iwakuma to get this series off to a winning start on Monday night. The right-hander is 14-9 this season with a 3.81 ERA and a 1.27 WHIP. He has now lost his last two starts after getting tagged for five earned runs on 12 hits over his last 13 innings pitched.

Texas remains in the driver seat in the AL West at 77-54 and it is coming off a 3-1 series win against Cleveland this past weekend at home. The Rangers squeezed out a 2-1 victory on Sunday as slight -101 home underdogs on GTBetsÃÂ closing moneyline and the total stayed UNDER the 9.5-run total line. It has stayed UNDER or ended as a PUSH in four of their last six games. Texas is now AL-best 42-21 at home this season.

Look for Yu Darvish to get the start for Texas in this nationally broadcast contest. He will be making his 12th start of the season and his current ERA stands at 2.91 with a 1.11 WHIP. The right-hander lasted six innings his last time out against Cincinnati and he came away with a no-decision after allowing three earned runs on four hits. He last faced Seattle on June 3 and he came away with a win after giving up three earned runs on six hits over 5.2 innings of work.

I like the matchup on the mound in this one with both starters showing the ability to shut the other teamÃ¢â¬â ¢s lineup down.