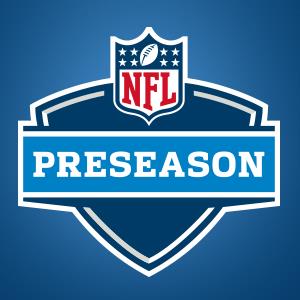 Green Bay came into the preseason as the clear favorite to once again win the NFC North Division title and it may have taken that first small step towards achieving that goal with a perfect 2-0 start both straight-up and against the spread. After easily covering closing line as one-point home underdogs in the PackersÃ¢â¬â ¢ 24-9 victory against Philadelphia in Week 1, they got past Washington 21-17 on the road last week as three-point underdogs. The total stayed UNDER in both games.

Aaron Rodger got the start in last weekÃ¢â¬â ¢s game against the Redskins and looked to be in regular season form with a 6-for-8 performance throwing the ball for 37 yards and touchdown throw to Martellus Bennett to give Green Bay the early 7-3 lead. Brett Hundley was given some substantial playing time and he made the most of it by completing nine of his 10 passing attempts for 107 yards and a score.

Last season, the Broncos missed the playoffs for the first time in the last six years with a SU record of 9-7. They started this year with a pair of victories in the preseason both SU and ATS in which the total went OVER closing line in each contest. After knocking off Chicago on the road 24-17 as a one-point underdog to get things started, Denver ran past San Francisco 33-14 in Week 2 as a three-point road underdog.

The battle for the starting quarterback spot in Denver could be heating up after Paxton Lynch led three scoring drives against the 49ers. He ended the night going 9-for-13 for 39 yards. Trevor Siemian also had a productive game with 93 yards passing and one touchdown throw while completing eight of the 11 passes he threw. More impressive was the BroncosÃ¢â¬â ¢ running game with 146 yards rushing on 34 attempts for an average of 4.3 yards a carry.