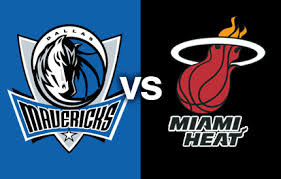 Miami (27-32) continues to make a run at the final playoff spot in the Eastern Conference with three victories in a row both straight-up and against the spread. It knocked off Indiana at home 113-95 on Saturday as a 4.5-point favorite. Going all the way back to a win against Houston at home on Jan. 17, the Heat are 16-2 both SU and ATS. They are 19-12 ATS in 31 previous road games this season and the total has stayed UNDER in four of their last seven games.

Hassan Whiteside scored 22 points while pulling down 17 rebounds against the Pacers and Dion Waiters also tallied 22 points in that game to help pace the win. Goran Dragic remains MiamiÃ¢â¬â ¢s leading scorer this season with 20.3 points per game and he put up 21 points on Saturday night. The Heat are averaging 101.8 PPG this season and they are holding teams to 102.1 points at the other end of the court, which is the sixth-lowest total in the NBA.

With SaturdayÃ¢â¬â ¢s 96-83 romp against New Orleans as two-point home underdogs, the Mavericks were able to stop a three-game slide both SU and ATS. The total stayed UNDER 204.5 points in that game and it has stayed UNDER in their last five contests. Dallas is 23-25 SU this season with a 31-27 record ATS. They have gone 18-11 ATS on their home court and the total has stayed UNDER in six of their last nine games at home.

Four of the MavericksÃ¢â¬â ¢ five starters ended the night in double figures against the Pelicans led by Harrison BarnesÃ¢â¬â ¢ 19 points. Dallas fell behind early in that game, but it was able to outscore New Orleans by 15 points in the second half. The Mavs added Nerlens Noel in a recent trade with Philadelphia and he added nine points and 10 rebounds to the winning cause. Dallas is dead last in the NBA in scoring with 97.8 PPG, but it moves all the way up to fourth when it comes to points allowed (100.0) 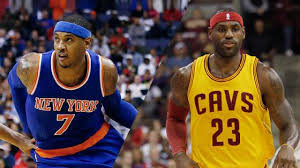 The Knicks went into last weekÃ¢â¬â ¢s All-Star break with just two straight-up wins in their last nine games while going a costly 3-6 against the spread. The total went OVER closing 218-point line in last WednesdayÃ¢â¬â ¢s 116-105 loss to Oklahoma City as 7.5-point road underdogs and it has gone OVER in eight of their last 10 games. New York is 9-19 on the road this season with an even 14-14 record ATS.

The big news in New York has not been about this teamÃ¢â¬â ¢s dismal play on the court, rather it has centered on the future of Carmelo AnthonyÃ¢â¬â ¢s tenure with the Knicks. As of Wednesday he was still on the roster in the midst of trade rumors and expected to play on Thursday night. One player out of the lineup against Cleveland will be center Joakim Noah with a sore hamstring. Regardless of who plays in this game, New York is going to have to sure up a defense that has allowed 110 points or more in five of its last six games.

Cleveland continues to lead the Eastern Conference standings at 39-16 SU and it looked like the defending league champions heading into the break with an 8-1 run in its last nine games. The Cavaliers were also able to cover in eight of those nine games to raise their record ATS to 26-27-2. The total stayed UNDER 219 in last WednesdayÃ¢â¬â ¢s 113-104 victory at home against Indiana as six-point favorites after going OVER closing line in their previous seven contests.

We already know that Kevin Love is out of the lineup for Cleveland with a bad knee. In his absence the last time out, LeBron James put up 31 points while going 12-for-17 from the field and Kyrie Irving added 26 points and seven assists to help pace the win against Indiana. The Cavaliers remain the third-highest scoring team in the NBA this season with 111.3 points per game and they are allowing an average of 106 points on defense. 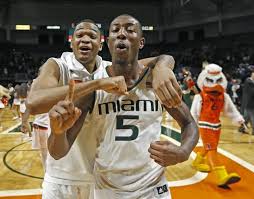 The Hurricanes have built up some momentum heading into this ACC tilt with four straight-up victories in their last five games. This past Saturday, they got past Clemson 71-65 as 3.5-point home favorites on the closing line. Miami has not been the best betting team in recent weeks with a 4-6 record against the spread in its last 10 games. The total went OVER 135 points in SaturdayÃ¢â¬â ¢s win and it has gone OVER in four of its last five games.

Senior forward Kamari Murphy had the hot hand for the Hurricanes against Clemson with a career high 15 points. Senior guard Davon Reed is the teamÃ¢â¬â ¢s leading scorer with 15.7 points per game and he added 14 points to the winning cause. Miami will still be without its second-leading scorer this season JaÃ¢â¬â ¢Quan Newton (15 PPG) as he continues to serve out a team-imposed three-game suspension. The Hurricanes are averaging 72.2 PPG and they are allowing an average of 64.3 points on defense.

VirginiaÃ¢â¬â ¢s current losing streak (both SU and ATS) reached three games with a dismal 65-41 loss to North Carolina on Saturday as a 6.5-point road underdog. The total stayed UNDER the closing 129.5-point line in that game and it has stayed UNDER in six of their last nine games. Virginia is now 8-6 SU in ACC play as part of an overall record of 18-8. It has gone 15-10 ATS this season with a 7-5 record ATS in 12 previous home games.

After shooting just 36.8 percent from the field in a 10-point loss to Duke last Wednesday, the Cavaliers really went cold against the Tar Heels in SaturdayÃ¢â¬â ¢s loss. They shot a woeful 27.8 percent from the field while connecting on just two of their 20 shots from three-point range. Senior guard London Perrantes, who continues to lead Virginia in scoring (12.6 PPG), went 3-for-10 against the Tar Heels to end that game with 12 points. The CavaliersÃ¢â¬â ¢ primary strength all season long as been their defense, but they have given up an average of 72 points in this three-game slide. 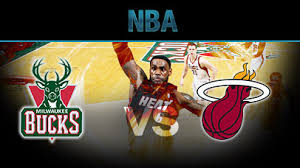 There is little doubt that the Heat are the hottest team in the NBA right now with an 11-game winning streak both straight-up and against the spread. They kicked off this four-game road trip with a tight 115-113 victory against Minnesota on Monday night as one-point underdogs with BetAnySports. The total went OVER 204.5 points in that win and it has gone OVER in four of their last five games. Miami is now 22-30 SU on the year with a 30-22 record ATS. It is 15-11 ATS on the road.

Goran Dragic went off for 33 points in MondayÃ¢â¬â ¢s win and Miami as a team shot a blistering 53.6 percent from three-point range; converting on 15 of its 28 attempts. Dragic has been the HeatÃ¢â¬â ¢s leading scorer all season long with 20.1 points per game and he also leads the team in assists with 6.5. Miami is ranked 25th in the NBA in scoring with 100.7 PPG, but it has been able to cross the century mark in eight of its last nine games.

The Bucks were able to snap a five-game losing streak (SU and ATS) with last SaturdayÃ¢â¬â ¢s 137-112 victory against Phoenix as slight 1.5-point road favorites with BetAnySports. This was just their second win either SU or ATS in their last 12 outings. Milwaukee is now 22-28 SU on the year with a 20-30 record ATS. The total has gone OVER in six its last eight games.

Giannis Antetokounmpo had the hot hand for the Bucks their last time out with 30 points while going 12-for-20 from the field. Mirza Teletovic added 19 points to the winning cause off the bench and the BucksÃ¢â¬â ¢ non-starters ended the game with 51 points. Milwaukee is expecting to have Khris Middleton in the lineup for Wednesday night in his first action of the year. The Bucks are averaging 105.3 PPG on offense and at the other end of the court they are giving up an average of 105.1 points.