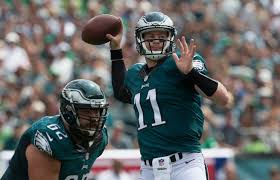 The PackersÃ¢â¬â ¢ steady decline over the past few weeks in the midst of a straight-up four game losing streak has them on the brink of missing the playoffs this season at 4-6 on the year. They have gone 1-3 against the spread withÃÂ BetAnySports during this slide and the total has gone OVER in all four losses while getting outscored 153-107. Green Bay has lost five of its last six road games SU and it is 1-4 ATS in its last five games on the road.

It is going to take much more than Aaron Rodgers throwing the ball all over the field to get past Philadelphia on Monday night. The PackersÃ¢â¬â ¢ run game has been almost nonexistent this season due to injuries to Eddie Lacy and James Starks and its defense has basically collapsed without Clay Matthews in the lineup. Lacy is done for the season but the good news is that both Sparks and Matthews are off the injured list. However, each showed signs of rust in last SundayÃ¢â¬â ¢s 42-24 loss to Washington.

The Eagles fell to an even 5-5 (SU and ATS) on the year with last SundayÃ¢â¬â ¢s 26-15 loss to Seattle as 6.5-point road underdogs with there NFL pick. The total stayed UNDER 43 in that game after going OVER in four of their previous six contests. Philadelphia does come into the NFC tilt with a perfect 4-0 record ATS in four previous home games this year with the total staying UNDER each time.

Quarterback Carson Wentz continues to struggle with consistency during his rookie campaign, but he has also shown the ability to run this offense at a very high level against some quality opponents. Philadelphia continues to rely heavily on a running game that is ranked seventh in the NFL in rushing yards per game. Its defense has also stepped up its game as the fourth-best unit in points allowed (18.6). PhillyÃ¢â¬â ¢s defense has also been strong against the pass which could be a key factor in this matchup. 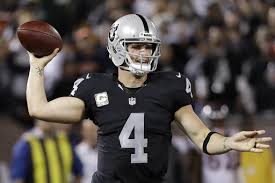 The Texans come into this special Monday Night Football clash in Mexico City at 6-3 straight-up with a 5-3-1 record against the spread. They have won their last two games (SU and ATS) starting with a victory as one-point home favorites against Detroit followed by last SundayÃ¢â¬â ¢s 24-21 squeaker against Jacksonville as 2.5-point underdogs on the road. The total went OVER BetAnySportsÃÂ closing 42-point line against the Jaguars and it has gone OVER in four of their last six games.

It has been anything but a smooth transition to Brock Osweiller as HoustonÃ¢â¬â ¢s new starting quarterback with a passing offense that is ranked dead last in the NFL, but the addition of running back Lamar Miller has this unit ranked fifth in the league in rushing yards per game. The Texans fall all the way to 29th in scoring with 17.9 points a game and they are giving up an average of 20.9 points a game on the other side of the ball.

Oakland has been one of the biggest stories in the NFL this season at 7-2 SU and it has also been good to bettors at 6-3 ATS. The Raiders have won their last three games both SU and ATS to grab a share of the lead in the highly competitive AFC West. Following a huge 30-20 victory against rival Denver as one-point home favorites heading into last weekÃ¢â¬â ¢s bye, the total has gone OVER closing line in those three wins. It has actually gone OVER in seven of nine games this year.

There is no issue with OaklandÃ¢â¬â ¢s passing game behind Derek Carr. He has completed 66.1 percent of his 354 attempts for 2,505 passing yards and 17 touchdown throws. Amari Cooper remains his top target with 58 receptions for 843 yards and two scores. The Raiders are fifth in the league in both yards per game (401.1) and average points (27.2). The one concern heading into this AFC tilt is a defense that is allowing an average of 24.8 points. 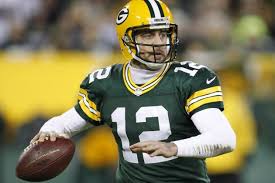 The PackersÃ¢â¬â ¢ season has reached a crossroads in the midst of a straight-up three-game losing streak that has dropped their overall record to 4-5. Following last weekÃ¢â¬â ¢s 47-25 beatdown at the hands of Tennessee as a three-point road favorite, Green Bay is 3-5-1 against the spread including a 1-3 mark ATS in four previous road games this year. The total went way OVER 48.5-point line in that loss and it has gone OVER in its last three games.

One of the PackersÃ¢â¬â ¢ biggest issues this season have been a rash of injuries on both sides of the ball. Running back Eddie Lacy was lost for the season and his backup James Sparks has been in and out of an offensive lineup that is ranked 19th in the NFL in rushing. Clay Matthews has been the heart and soul of this defense and he remains questionable after missing the last three games with a bad hamstring. This unit is ranked 24th in the league in points allowed (26.0).

Washington continues to find ways to win games to keep pace in a very competitive NFC East title race at 5-3-1 SU (6-3 ATS). This past Sunday, it upended Minnesota 26-20 as a 2.5-point home favorite in a game that went OVER the closing 42-point line. It has now gone OVER in seven of the RedskinsÃ¢â¬â ¢ first nine games. They come into this matchup with a 3-2 record ATS in five home games this year and they are an even 2-2 ATS when closing as favorites with BetAnySports.

Kirk Cousins led the Redskins to an NFC East title last season at quarterback and after a slow start this year he is once again playing at a high level. In last weekÃ¢â¬â ¢s come-from-behind victory against Minnesota he completed 22-of-33 attempts for 262 yards and two scores. Robert Kelley was the lead back in an effective ground game that added 128 yards on 28 attempts. The weak link on this team remains a defense that is ranked 23rd in the league against the run and 21st in total yards allowed (365.4) 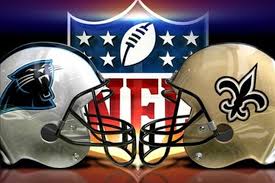 In one of the most bizarre ways to lose a game, the Saints fell to Denver 25-23 this past Sunday when a potential game-winning extra point was blocked and returned by the Broncos for a safety. New Orleans failed to cover against the spread as a three-point home favorite to snap a string of five covers in a row. The total stayed UNDERÃÂ BetAnySports closing 49.5-point line and it has stayed UNDER in three of its last four games. The Saints go back on the road with a perfect 4-0 record ATS this season.

Veteran quarterback Drew Brees continues to lead a potent passing attack that is ranked first in the NFL with an average of 322.7 yards a game. He has thrown for 2,992 yards and 24 touchdowns while completing an impressive 70 percent of his 376 attempts. Michael Thomas leads the team in receptions with 51 and Brandin Cook leads in receiving yards with 694. The Saints are ranked second in the league in scoring with 29.4 points a game.

The Panthers got off to a dreadful 1-5 SU start this season and following back-to-back wins against Arizona at home and Los Angeles on the road they took another step backwards in last weekÃ¢â¬â ¢s 20-17 loss to Kansas City as three-point home favorites. They are now 2-6-1 ATS this season which includes a 2-3 record ATS at home. The total stayed UNDER ÃÂ 44-point closing line against the Chiefs and it has stayed UNDER in three of their last five games.

Carolina is ranked a respectable 12th in the NFL in both yards per game (366.7) and average points (24.6), but this offense is a far cry from the one that helped take this team to the Super Bowl last season. Cam Newton has only thrown for 10 touchdowns verse seven interceptions and he has been sacked 23 times. He comes into this NFC South clash with a completion rate of just 58.1 percent. The PanthersÃ¢â¬â ¢ defense has also taken a big step backwards with a points-allowed average of 25.1. 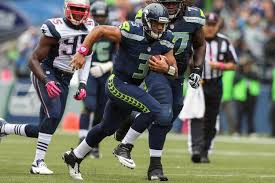 The Seahawks improved to 5-2-1 on the year straight-up with Monday nightÃ¢â¬â ¢s 31-25 victory against Buffalo as six-point home favorites with BetAnySports. The PUSH on the spread left them 3-4-1 against the spread through their first eight games. The total went OVER the 43-point line in that game and it has gone OVER in four of their last six games. Seattle heads on the road this week with a 2-4 record ATS in its last six road games.

The one big takeaway from MondayÃ¢â¬â ¢s win was the play of quarterback Russell Wilson. He has been hampered by a number of injuries all season long, but he looked sharp against the Bills with 282 yards passing and two touchdown throws while completing 20 of his 26 passing attempts. The one big problem heading into this matchup is a running game that only managed to gain 33 total yards against one of worst run defenses in the league.

New England went into last weekÃ¢â¬â ¢s bye with a 7-1 record both SU and ATS through the first half of it schedule. It was able to avenge an earlier loss this year to Buffalo with a convincing 41-25 victory against the Bills on Oct. 30 as a 5.5-point road favorite with BetAnySports. The total went OVER the closing 48-point line in that game after staying UNDER in four of its previous five contests. The Patriots bring a SU record of 22-3 in their last 25 home games into this matchup and the total has gone OVER in five of their last seven games at home.

This could be the most complete team in the NFL on both sides of the ball through the first half of the regular season. New England is ranked ninth in the NFL in passing and eighth in rushing yards per game to combine for a scoring average of 27.1 points a game that is the sixth-highest total in the league. Defensively, the Patriots are ranked 15th in total yards allowed but they jump to second in points allowed (16.5). 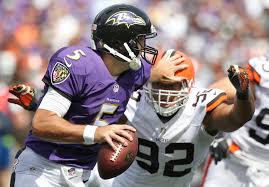 The 2016 NFL season is nine weeks old and Cleveland is still looking for its first straight-up win at 0-9. It has gone 2-7 against the spread and the total has gone OVER in six of the nine games. Last week against Dallas, the Browns lost 35-10 as seven-point home underdogs and they will go back on the road this Thursday night with a 3-7 record ATS in their last 10 road games. The total has gone OVER in four of their last five games played on the road.

Things have gone from bad to worse for the Browns and they are now ranked 29th in the league in scoring (18.7 points) and 31st on the other side of the ball when it comes to points allowed (30.3). Cody Kessler got the start at quarterback against Dallas and while he did complete 70.4 percent of his 27 attempts he ended the game with 203 passing yards ClevelandÃ¢â¬â ¢s running game manage just 45 rushing yards. Defensively, it was gouged for 168 yards by the Cowboys powerful run game.

Baltimore may have saved its season with last SundayÃ¢â¬â ¢s hard-fought 21-14 win at home against Pittsburgh as a three-point underdog. This snapped a SU four-game losing streak and it was the first time that the Ravens covered in their last six games. They are now an even 4-4 on the year with a 3-5 record ATS. The total stayed UNDER BetAnySports closing 46-point line against the Steelers and it has stayed UNDER or ended as a PUSH in four of BaltimoreÃ¢â¬â ¢s last six games.

The Ravens got a solid effort from veteran quarterback Joe Flacco in SundayÃ¢â¬â ¢s big win against Pittsburgh with 241 yards passing and one touchdown throw, but this is another offense that continues to struggle when it comes to running the ball. With 50 yards in that game, Baltimore is 28th in the NFL in average rushing yards. Credit the defense for most of this teamÃ¢â¬â ¢s success this season with a points-allowed average of 19.1 points a game. This unit is ranked second in the league both against the run and in total yards allowed (298.8).