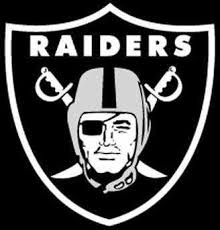 NFL bettors are almost always looking for the best angles for the upcoming season. Some teams will fly under the radar, and those who are going to have success will need to be able to pinpoint the undervalued teams for 2014. Here are five teams likely to be undervalued.

Oakland had a few pieces in place last year to have success. They have a strong running game, a decent offensive line, and some good pieces on defense. Now, Oakland has added a quarterback in Matt Schaub who might not be flashy, but will be an upgrade over last season. They are not likely to win that division, but they could compete for a playoff spot.

The Bills have been quietly stockpiling tremendous talent for a while now. E.J. Manuel will be in his second year. CJ Spiller has emerged as an elite option when healthy. The Bills also moved up to draft Sammy Watkins in the first round, giving them what should be a nice threat on the outside. Buffalo has a chance to win in a beaten-down division.

Houston went from one of the best teams in the NFL to one of the worst, and they could be back int he playoff mix in 2014. The Texans have plenty of talent on defense, and if they can stay healthy, they could climb back toward double-digit wins this season.

Jeff Fisher has been quietly building something good in St. Louis. They have lots of talent on defense and an offensive line that should be the envy of the division. While it will be tough sledding against Seattle and San Francisco, the Rams have a shot to make some noise.

Is it possible for the Packers to be undervalued? They still have one of the best QBs in the league and a defense with talent. Green Bay may have a shot to get to a Superbowl, but in a crowded NFC, they tend to fly under the radar. 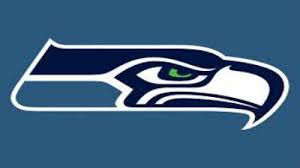 As you do your NFL handicapping this year, you will be asked to deal with Seattle on multiple occasions. They won it all in impressive fashion last year, and what’s more, they return most of the important pieces off of that team. What this teams us is that the Seahawks should be very good once again. When you’re making those NFL picks, you might be tempted to lean on the champs. After all, you know they’re going to produce. You have to be ready to adjust to the market.

When looking at the NFL handicapping market, it is easy to see that the champs are almost always overvalued to some extent. People react to what they have seen, and they will be betting heavy on Seattle. This means that, at least in the early part of the year, you might see some inflated lines when Seattle is playing a middle of the road team. You have to remember that just because Seattle won it all in 2013 does not mean they instantly become unbeatable in 2014.

When you look at a team like Seattle, you have to be looking for certain advantages that are not likely to go away. What are the things about the Seahawks that are likely to be true heading into the near future? One of the things you will want to consider is the sustainable home field advantage. Seattle will still be a difficult place to play, so when you are making your NFL picks, you will want to give the 12th man the respect that it deserves. This could make or break your bankroll in the coming year. 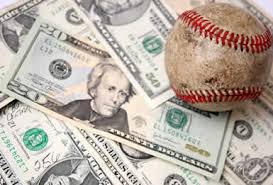 If you are tired of making baseball picks on the standard side or total, then you might look for some unconventional ways to get money down. The good news is that you should have plenty of very cool options to choose from if you are willing to get creative. Here are some unconventional betting options to think about if you are sick of the same old, same old with your MLB picks.

One of the best ways to make an MLB pick is to do it on the Grand Salami. This allows you to choose either the home teams or the away teams for the day. You can select the home teams to score more runs overall, or you can take the road teams to do so. In addition, you can bet on a Grand Salami total runs for all of the games during a given day.

Another thing to think about is the player prop option. You can choose to bet on player props, meaning you will choose which player will outhit the other during a given game. Most often, this will come in the form of a “most bases” option. This means you will be predicting which player will pile up more hits during the course o a game. In addition, there might be creative options for how many strikeouts a pitcher will end up with. You can get creative and have some fun with these types of MLB plays.

In MLB handicapping, betting on totals is quite popular. When you bet totals, you can take a shot at predicting how many runs are going to be scored. These are fun bets that don’t ask you to take a side on the game, but rather, to just understand the general run scoring environment that is going to be present in that game. Here are three tips for betting totals.

You will probably not see a high total with your MLB picks when a game is in Petco Park in San Diego. More likely, you will see one when the game is in Colorado at Coors Field. You need to know your stadiums, because in Major League Baseball, the ballpark matters in a big way when determining how many runs will be scored.

Some of the highest totals in any MLB season will come from Wrigley Field in Chicago when the wind is blowing out. This is a very important thing to keep in mind, as wind can lead to home runs, and home runs can make the total score pile up in a big way. There are good websites that can provide you with information about the weather and especially the wind direction and wind speed. These factors are majorly important for any handicapper.

If you are betting totals, you need to look at more than just the starting pitcher. You will also want to look at the relief pitchers that might see time on the mound. In order to hit an over, you will probably need poor pitching for most of the game. To hit an under, you will need solid relief pitching. Keep in mind the pitching situation in order to have success. 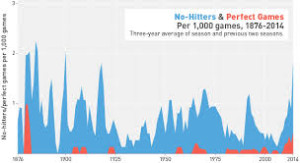 If you bet on baseball, then you have to know about advanced metrics in order to be successful. This is especially true if you are going to analyze pitching with any sort of success. How much should you trust advanced metrics? With your MLB picks, that ultimately depends upon how savvy you are witht hose statistics and how much you can pull from them. This means that using advanced numbers might be a better approach for some people than it will be for others.

You have to know that some numbers are known as “predictive,” while others are known as “reflective.” ERA, for instance, is reflective of what has already happened. It gives you a good picture of how the pitcher performed, but might not necessarily provide a picture of how the pitcher will perform in the future. How can this be? It is because there are some elements of ERA that do not carry over into the future.

Defense has much to do with run scoring, and often, sheer luck is involved. If a pitcher leaves a game with the bases loaded and a reliever gets him out of the jam, then he has been lucky. In reality, his ERA should be higher than it is. This is why people look to predictive numbers to give them a good picture. Predictive numbers – like FIP, xFIP, Sierra, and True ERA – are designed to provide a picture not of what happened, but of how the pitcher pitched. This is more predictive of what will happen in the future, and if you understand how to use these numbers, then you will be much better off in the future. 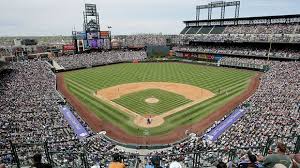 There are some trends about ballparks that you absolutely must understand if you are going to make MLB baseball picks with any sort of skill. One of those effects has to do with Colorado. Everyone knows that Coors Field can produce big run scoring numbers. Not many people know about what’s been happening in Coors this year, though. You can get an edge by understanding this.

When teams head out to Coors, they have been struggling in a big way during the opening game of the series. Maybe it takes some time to adjust to the thin air. It is difficult to say why this is happening, but one must admit that it is happening. Teams visiting Coors have stunk it up on offense, which has caused a lot of consternation for bettors, given the expectations that go along with Coors Field.

If you are going to be making MLB picks on games in Coors, then it might be best to wait and see on teams visiting there for a series. There is very little reason to expect that a team is going to blow the doors off of the offense in Coors during game one. Even good offenses – like Texas – have gone out to Coors and struggled to produce in game one, so be wary of making bets on the over or on those teams during the first leg of a series there.