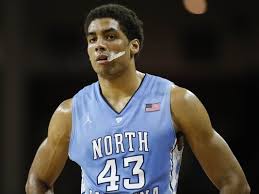 Talk about a strange season for the North Carolina Tarheels. UNC started out looking alright, but the team hit a huge rough patch in December. They were so bad that people were literally shocked with they were able to go into the Breslin Center and top Michigan State in a tough game there. Fast forward to the conference slate, and UNC dominated Clemson before going on a long run of wins. They knocked off Duke at one point before finally looking terrible in their first game in the ACC Tournament. Now, they get upstart Providence, which won the Big East Tournament.

The Friars are not your typical tournament auto-bid. They may have made the field anyway, and they have plenty of good talent. Guard Bryce Cotton is among the best players in the country, and they have a strong fleet of forwards who can score the basketball. The problem for Providence at this point is that they are not particularly deep. Six players play for them, and most of their guys play for the entire game. Amazingly, guard Bryce Cotton is averaging more than 40 minutes per game because of the huge number of overtime and double-overtime games the team has played. The lack of depth could be a problem against a UNC team that loves to run.

The matchup problem here has everything to do with UNCÃ¢â¬â ¢s ability to go deep. The Heels run nine or ten deep with lots of talent, and it seems like all UNC players have the ability to get up and down the court. They should be able to outlast Providence in this game, so be careful if you are taking the Friars. The Tarheels have a decided advantage, and if they get the Friars in foul trouble, it could spell demise for Providence. 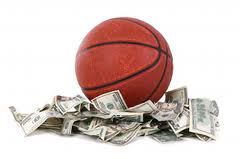 Michigan and Wisconsin are the primary draws in the Milwaukee pod, but Texas and Arizona State are also there, giving this particular site some real star power. The Longhorns and Sun Devils match up in a 7-10 game, where ASU will try to pull the small upset. The Devils come into this one as a slight underdog against the line, and this matchup presents some interesting dynamics.

Texas has dynamic guard play, but they really win when they are able to overpower teams on the inside. With Cameron Ridley and Jonathan Holmes, Texas usually has an advantage on the inside. One problem with UT is that they can shoot themselves out of games if they get a bit frustrated. Guard Javan Felix can play either great or terrible, and he tends to keep shooting regardless of whether heÃ¢â¬â ¢s able to hit. This could come into play when he is matched up with the good perimeter defenders of ASU.

Arizona State should have the opportunity to neutralize Ridley and Holmes on the inside. The Devils have a huge inside presence in Jordan Bachynski. The seven-footer is one of the best shot-blockers in the country, and he has shown the ability to bang for rebounds, too. Look for him to be a factor in this game, and the Sun Devils could very well pull off the upset if they are able to get some shots to go. As with every ASU game, Jahii Carson will be a critical part of the equation. He has been up and down offensively, but against a Texas team that struggles to guard the dribble drive, he could be poised for a big day. Think hard about him as you make your March Madness predictions. 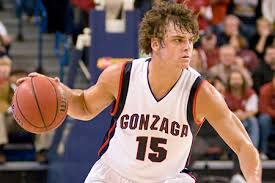 Out in the West region in a game played in San Diego, Oklahoma State will undoubtedly be the darling of the tournament. The Cowboys have had an up and down year, and they lost a number of games before, during, and after the suspension of star guard Marcus Smart. Most people talking about the Cowboys have noted that they have Ã¢â¬ÅFinal Four talent,Ã¢â¬Â but there is a chance that they are being a bit overrated by the media in this spot.

There is a seeming expectation that they will roll over a Gonzaga team that is one year removed from being a number-one seed. It is true that Oklahoma State has three players that have a chance to play in the NBA. Marcus Smart, Markel Brown, and LeÃ¢â¬â ¢Bryan Nash are all quite talented. The problem for the Pokes is that after the big three, they have very little talent. The inside play for Oklahoma State has been a problem, which is why the Cowboys were underachieving even before SmartÃ¢â¬â ¢s suspension.

Gonzaga, on the other hand, gets to play on the West coast, and it returns a number of players who have seen NCAA success. Sam Dower plays big down low, and could cause problems for Oklahoma StateÃ¢â¬â ¢s limited frontcourt. Likewise, Gonzaga has two guards who can shoot the basketball, and with coach Mark Few directing things, they are one of the hardest-playing teams in the field. While Oklahoma State could certainly win this game, and you should not be surprised if they make a run in this tournament, you would be foolish to overlook Gonzaga when making your March Madness picks. The Bulldogs have the talent to win here and even get to the second weekend if things shake out the right way for them.

Here is part two of my series on NCAA tournament teams. Today I examine a couple of teams to avoid playing on in the Big Dance.

Michigan: Is last yearÃ¢â¬â ¢s runner-up overrated? The oddsmakers made Michigan a +3 dog in the Big 10 title game against Michigan State and the public went with the Spartans – and they were right. Michigan got clobbered on the glass (24-15) and shot 31.5% while Michigan State shot 50% – not a good showing on a neutral court by the Wolverines. They have a flashy offense, but note that Michigan was #6 in the Big 10 in points allowed and dead last in field goal shooting defense allowing .455% shooting by opponents. In addition, they can be pushed around in the low post and they are in the middle of the pack in rebounding margin. Bettor beware – after that Big 10 title no-show loss, the Wolverines are now 1-4-1 ATS in their last six neutral-site games.

Wichita State: The long shot (and undefeated) darlings of the Missouri Valley Conference just arenÃ¢â¬â ¢t going to win it all. ItÃ¢â¬â ¢s hard to gauge how good this team is as they havenÃ¢â¬â ¢t played any top teams. They beat Tennessee 70-61, but that was at home and before the Volunteers (then 6-3) got hot. And even then they shot 43% and trailed at the half. They won at Alabama, but Bama finished 13-19, so what does that win really tell us? A win over BYU in November? The Shockers shot 35% and trailed at the half, shooting just 6-28 from long range. Wichita State made the Final Four last year but didnÃ¢â¬â ¢t dominate, squeezing past Ohio State by 4, Gonzaga by 6 and blowing a 12-point lead in a loss to Louisville. This team remains a big unknown in many respects, so donÃ¢â¬â ¢t expect them to be the first MVC team since Larry BirdÃ¢â¬â ¢s 1979 Sycamores to make the title game. 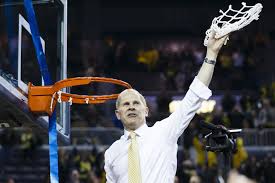 In the Big Ten, teams that have done well in the conference tournament have sometimes looked good in the Big Dance, but they have often looked very bad. There does not seem to be a rhyme or reason. 2013 was a perfect example of this. Michigan went out in its second round game to Wisconsin, blowing a lead and bowing out early on Friday. Wisconsin, on the other hand, went all the way to the championship game, beating Michigan and Indiana along the way. The Badgers ended up being bounced in the first round of the Big Dance, while Michigan went all the way to the title game. You just never know about these things. 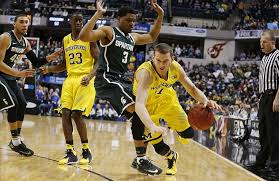 There are some things in the world of March Madness that might be considered Ã¢â¬ÅtruthsÃ¢â¬Â among the masses. Among these truths is the feeling that if a team has good guard play, then that team will be a winner in the tourney. The implication here is that forward and center play does not matter as much in the tournament. As with all great Ã¢â¬Åtruths,Ã¢â¬Â it is important test out this truth before one decides on it.

If we think back historically, we can find that guard play is important, but inside play is also quite important. Think about the case of Kentucky, for example. A couple of years ago, the Wildcats took down the title on the strength of Anthony Davis. Louisville also won a national title with good guard play and good inside play, especially on the defensive end.

When one looks at these past examples it becomes clear that it is possible to win the tournament with a wide range of different strengths. From an inside perspective, it is less important to have big men who can score and more important to have big men who can protect the rim. This is because, for the most part, teams like to get to the hoop when they are playing in difficult moments. While guard play is, of course, very important, also important is the ability to protect the rim in a very real and meaningful way. As you make your March Madness betting picks, donÃ¢â¬â ¢t just lock in on teams that have good guards. Look for teams with a strong balance between guards and inside men.