NFL Betting: Can Seattle Repeat in 2015? 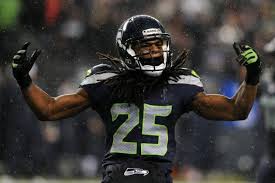 There is always a question following any Superbowl â can the champ repeat or was that a one-time deal? After Baltimore won the Superbowl in February of 2013, it was quite clear that they had little shot at repeating. Their run to the big game was improbable, and their roster was getting older. Add in the fact that they lost a key receiver and some pieces off of the defense, and you had a highly predictable situation. With Seattle, though, it looks like the situation might be significantly different. They may have the firepower to repeat and take home a title.

The Seahawks return basically everyone of consequence off of a defense that might prove to be one of the best ever. With corners and safeties that can take pretty much every passing game out of its element, they have the basic pieces that you need in order to be successful in the NFL. As you make NFL picks next year, you should not expect too much of a drop-off from the Seahawks on that side of the ball. Simply put, they are going to be extremely solid there, and they are going to cover a number of spreads.

When youâre making NFL picks, you should know that Seattle got quite lucky this season in one regard. The Seahawks did not get injured much at all with the exception of Percy Harvin. They were able to stay healthy on both sides of the ball, and that was extremely beneficial. It is likely that Seattleâs lines will be inflated next season. When youâre making NFL picks, your goal should be getting the best value possible. This means that you should only bet on the Seahawks in those situations when they are not overvalued. Look out for injuries during the early part of next season. If Seattle loses some pieces, they will likely become highly overvalued, and you might be able to bet the other way.

Comments Off on NFL Betting: Can Seattle Repeat in 2015?

NFL Handicapping: What to Learn from 2013 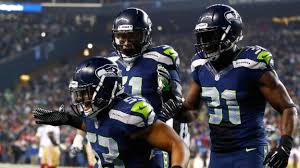 Â This offseason, you would be wise to do a deconstruction of the 2013 NFL season. Smart bettors are always looking for ways to improve their handicapping, and there are many lessons that can be learned from last season. Here are some of the top lessons to keep in mind.

Once again, 2013 showed us that home field matters. Seattle got to the Superbowl mostly because they were impossible to beat at home. New Orleans showed us again that they are a different team at home, and a host of other clubs looked a lot better on their home turf. Next season, as you make your NFL football picks, you will want to give home field the respect it deserves.

Seattle taught us something important in 2013. Defense can still win, even against one of the best offenses of all-time. As you are doing your handicapping next season, do not fall into the trap of only making NFL picks on those teams with big offenses. Seattle was able to cover some big spreads this year, and it was mostly because of the strength of their defense.

Scoring in the Snow

One of the lessons to take from 2013 is that snow does not necessarily stop scoring. One weekend, teams piled up points in what seemed like a blizzard. As you do your handicapping next season, you will want to take an evolved look at weather. Wind is bad for scoring, and extreme rain can be a problem for offenses, too. Snow is not necessarily a killer for offense, though, especially if that snow is not combined with wind.

Comments Off on NFL Handicapping: What to Learn from 2013

NFL Handicapping: Five Things to Watch During the Offseason 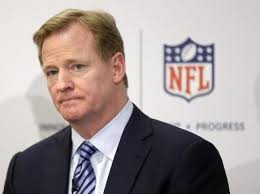 If you want to make successful NFL picks, then the offseason is the time to pick up your focus. Smart bettors will be able to keep up with trends during the offseason that can put them ahead of the curve. After all, you want to be ready to jump on handicapping the minute the season starts. While some people will inevitably have to wait a number of weeks in order to start betting, you will want to know what is going to happen from the first coin toss. Here are five things to watch during the offseason to keep you prepared.

Rules changes can have a major impact on your life as a bettor. If the NFL changes a rules emphasis, then games might be lower scoring. It might also benefit one team or another.

You have to keep up with free agency, trades, and the draft. With todayâs NFL, a team can go from bad to good in a hurry. If you can identify this during the offseason, you will have an opportunity to make winning NFL picks during the first few weeks.

How will coaching impact your NFL picks? Good coaches can turn around a team in a hurry, just as Andy Reid did in Kansas City and Chip Kelly did in Philadelphia. Figure out how a coaching change will impact the various teams out there, and you may be able to exploit some soft NFL lines early in the year. Certain coaches have a good track record of covering the spread and leading underrated units. Keep your eyes out for these guys.

Comments Off on NFL Handicapping: Five Things to Watch During the Offseason 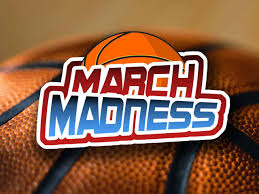 So you want to bet on the NCAA Tournament? You need to understand the way the tournament shakes out. March Madness is an exciting time, and your March Madness picks can be successful if you keep in mind certain tips. Here are three to put into practice this year.

When itâs tournament time, matchups matter much more than you might think. You need to know not only whether one team is better than the other, but also, how the two teams will look when opposing one another. Do you have a good three-point shooting team against a bad three-point defense team? Look at matchups to give you the value that you need to make some money.

The tournament puts odd constraints on players and coaches. Teams have to go a little bit deeper into their bench in order to make things work. When teams are playing so many games in a tight window, the teams with better benches will have an edge. Look to these if you want to have any success with March Madness picks. Depth may not be the most important factor, but it is one factor that you would be wise to keep in the front of your mind.

Underdogs win in March. Everyone can remember Cinderella runs from great upstart programs. It is hard to predict which team is going to go on one of the runs, but you need to learn the lesson that underdogs are formidable. Keep your eye on underdogs so that you can make good money. Often, bettors will want to bet on big favorites in March. Underdogs, however, provide excellent value for anyone smart enough to take them. 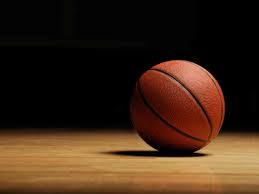 When the regular season comes to a close in college basketball, it is time for bettors to gear up. The NCAA Tournament provides great opportunities to make money, but the end of the year can be quite profitable, as well. This is a time when your college basketball picks must take into account a wide range of factors, including the following:

In college hoops, there is often talk about freshmen hitting a wall. Because freshmen do not play that many games in high school, they can get overwhelmed by the requirements of college hoops. When the season gets into February, many will hit a wall, and teams depending upon freshmen can struggle. You will want to keep your eyes open as you make your college basketball picks.

Injuries matter in college basketball, and often, players can be dealing with little things that you donât know about. Before making NCAA basketball picks on any team, you will want to check the news wire for injury reports. These can come out just before the game, so keep this in mind if you want to have success. Twitter is an especially tool for finding injury news. Often, college hoops players will post their status right on that site.

When teams play late in the year in the conference, crazy things can happen. Teams know each other very well. They understand the style of play, and late in the year, teams are often looking to pull off the big upset. Be wary of these games, and bet when your opportunities are there. Conference clashes provide great chances to get good value on underdogs, so be looking for these college basketball picks.

Comments Off on College Basketball Handicapping: Regular Season Grind Down 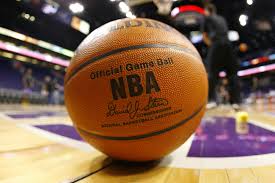 Any conversation that I have with a bettor typically starts off in a similar way. They will ask a question, generally looking for advice. It is not truly âadviceâ that they want, though. They really want a magic bullet that can help them make money. The truth that I tell them is that you wonât find a magic bullet, and you even find a magic trend that can help you turn a profit. With that said, this does not mean that you need to stop using trends. You can certainly look to a few to give you the guidance that you need moving forward. Here are three of the best.

Betting against home teams off of a long road trip

It seems counter-intuitive, right? If a team has been on the road for a while and they come home, they should immediately perform. The truth is that they donât. For one reason or another, home teams off of a long road trip take a little while to settle into their home legs. This trend also works because the betting public assumes that a team will perform, providing further line value on the underdog.

The NBA is just plain tough on a playerâs legs, and if you donât remember this, it will be tough on your NBA picks. You need to know that when teams are playing lots of games back to back, they will likely look to rest starters. The NBA season is long a grueling, so teams look for any opportunity to save their legs. Remember this and your NBA picks will be more rewarding.

Many people like to bet the over in close games. They assume that they have a better chance because they will get free points at the end with free throws and because of the possibility of overtime. While this is true, what they fail to account for is the fact that in blowouts, teams generally play a faster pace in the second half. If you are making NBA predictions, target the over when a game has a big spread.

Comments Off on NBA Handicapping: Three Trends to Note