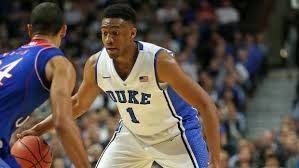 As you make college hoops bets throughout the year, part of the challenge is in predicting when teams are going to perform well and when theyÃ¢â¬â ¢re going to struggle. One of the ways that you can do this is by understanding all about the freshman wall. Freshmen often come in hot, and by the time the season churns in February, they are struggling. Why is this the case? ItÃ¢â¬â ¢s because freshmen are not used to the physical grind of a college basketball season.

With conferences being bigger than ever, travel is a huge factor in modern college hoops. In high school and on the AAU circuit, players do not have to travel multiple times per week. This can take a lot out of the average high school kid. In addition, high schoolers do not play dozens of games in a given season, and they certainly do not play with the kind of physicality that you see in college basketball. This means that the kids can hit a major wall at some point during the year. They may break out of it, but for a season, kids will see a major struggle.

Whenever you are making your picks, you will want to keep a close eye on the numbers of the hot freshmen. Duke and Kansas have struggled in covering spreads as Jabari Parker and Andrew Wiggins have struggled to perform. This will happen to more teams, so keep an eye out for dips in performance. If you do so, you can predict when freshmen-heavy teams will start to struggle to cover those pesky spreads. 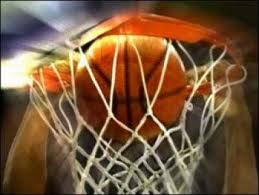 If you are going to be a college basketball bettor, then you need to be stat-savvy. No, basketball is not like baseball. You do not have to be obsessed with sabermetrics in order to have long-term success with your college basketball handicapping. It does help, however, if you have some knowledge of which stats can help you win. In some cases, certain statistics will give you an edge that you could not get by betting with any sort of approach. Here are college hoops stats to avoid and those to utilize whenever you are given the opportunity.

If you are comparing teams, then you need to understand pace-adjusted statistics. Some sites like Ken PomeroyÃ¢â¬â ¢s provide you with the efficiency numbers that will tell you whether a team makes the most of its possessions. Simply put, it can be difficult to compare WisconsinÃ¢â¬â ¢s offense with North CarolinaÃ¢â¬â ¢s, since the two teams play at such a different pace. In addition, you may want to look to pace statistics in order to bet on college basketball totals. The projected number of possessions in the game will give you a good idea of what the final score will be.

If you are going to make successful college hoops picks, then you must avoid various stats, too. You will not learn much by looking at points per game or points allowed per game. Without context, these stats do not help much. Likewise, you will want to avoid using three-point percentage defense as your measure of how well a team defends the three-point line. Most often, the teams who are best at defending the three do so by chasing shooters off of the line to shoot more two-pointers. Often times, good three point defense can be manifested in a lower number of attempted three point jumpers taken against a team. 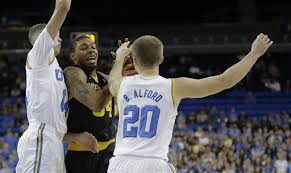 If youÃ¢â¬â ¢re looking to make NCAA college basketball picks, then you should know all about trap games. Basketball, and sports in general, are all situational. While it might be easy to think of teams in terms of Ã¢â¬Åwhat they are,Ã¢â¬Â it is more prudent to think of teams in terms of what they will be on a specific night. Most often, performance is a function of the situational factors influencing every team. With that in mind, there are often trap games that will cause a team to play down to its opponent when you think they should cover the spread easily.

What is a trap game? There are some factors to look for. In every trap game, there will be a reason for a team to look past its opponent. Perhaps the favorite has a big game the next weekend. Maybe they are playing against a team that has struggled. Maybe they even defeated that team earlier in the season. The more factors you can get, the more likely it will be that the favorite will fall into the trap. Look for these things if you want to make successful college basketball picks.

As you look for trap games, you should also look at the other side of the coin. Is there some tangible reason why the other team is going to play well in a given situation? In some cases, the underdog might have its back against the wall. They will usually be playing at home, and perhaps there will be some extra motivation from an injured player returning. These factors will all collude in order to produce the perfect situation for a favorite to struggle. Look for these factors as you make your college basketball picks in the coming weeks. 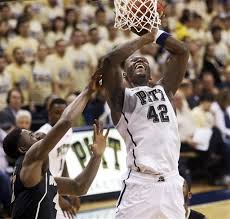 The Panthers are not climbing too high in the national polls, but all of the advanced sites like them. Pittsburgh is highly efficient on the offensive end. They have a big-time player in Lamar Patterson, and they have a legitimate force inside. They have many different guards who can shoot and handle the ball. Before too long, people will start to understand that Pitt has a chance to make the Final Four. For now, though, you can find value betting them.

The Blue Jays have a big-time player in Doug McDermott, and they have a bunch of other players who can fill it up. In the past, Creighton has played great offense, but they have struggled on the defensive end. That is changing this year, as Creighton has learned to play a little bit of defense. They are blowing teams away, and they appear to be the class Ã¢â¬â along with Villanova Ã¢â¬â of the new Big East.

With Kentucky and Florida in the SEC, many believe that those two teams are at the top of the league. It could be Tennessee, however, that actually takes the SEC. The Volunteers are playing great basketball, and they are very deep. This team will eventually have a big win against one of the big boys in conference. A smart bettor will take advantage before the value subsides. 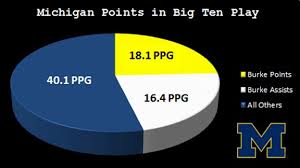 As you make college hoops picks this year, you should think about how advanced stats might allow you to have success. Every single bettor needs to be looking for good opportunities to gain value. The general betting public does not yet use advanced statistics in a sophisticated way. If you are able to use advanced stats, you might just be able to spot great betting opportunities with more success. So what are these stats that you need to know?

As you make your college basketball picks, you might want to think about pace of play. Basketball is a game of possessions. The team that scores the most points per possession will inevitably win. If you are trying to bet on point spreads, though, you need to understand if and when there will be opportunities for teams to cover the spread. If you are betting a big favorite, you should look for games when there are lots of predicted possessions. When teams play fast, there are more scoring opportunities, and this makes life easier for those who are betting big favorites.

Instead of looking at things like points per game, you might look at efficiency stats. Wisconsin, for instance, scores less than many elite teams. It is highly efficient, though, on a point per possession scale. If you just look at raw statistics, you will have a difficult time understanding which teams are best. Use efficiency statistics if you want to have prolonged success with your college basketball betting.

Using advanced stats will give you the best chance to make money in college hoops. DonÃ¢â¬â ¢t shy away from these opportunities.

When you are making college basketball picks, you will quickly find that things change when it comes to conference play. Outside of conference play, things are relatively predictable. Teams win when they are supposed to win. They often win by big margins, too. Some teams run out to nice records during this part of the year. In the conference slate, though, teams can run into major problems. Here are some rules to live by when making your college basketball picks.

Home court advantage is a much bigger deal when it comes to conference play. During the non-conference slate, fans are sometimes uninspired, and teams will play many games in empty gyms. Things change in a big way when local rivals come calling. As you handicap during the conference slate, you need to keep in mind the home court effect. Think about making bets on live home dogs if you have the opportunity to find them.

2. Familiarity leads to smaller margins in some cases

Teams are highly familiar with one another in conference play. Coaches have tremendous amounts of film, and in many cases, they have recruited the same players that other coaches have recruited. This familiarity can sometimes lead to close margins in conference games. Think about this before you bet big numbers.

3. The effect of the conference grind

Understand that there is a conference grind that you must be completely aware of. Teams play a bunch of games in a short period of time. They often head on the road for a bunch of games in a row. This can take its toll on teams, making it very difficult for teams to play at a high level. Keep the conference grind in mind before you make your picks.

As you handicap college basketball, know that the season ebbs and flows. There are specific things to remember when you are handicapping conference play. These rules should help you have prolonged success.