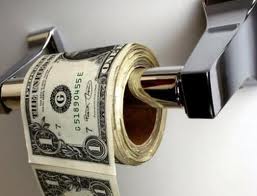 When the NFL playoffs come around, there may be some desire to bet on Ã¢â¬ÅhotÃ¢â¬Â teams. You may be tempted to try and find the magic hot hand in order to give yourself the best chance in the playoffs. This is a dangerous approach to NFL playoff handicapping, though, so you need to keep this in mind as you make your bets. With the NFL playoffs, you should worry less about finding hot teams and more about finding good teams that match up well with their opponents.

Why should you not be worrying too much about finding the Ã¢â¬ÅhotÃ¢â¬Â hand? It is because history has shown us, time and time again, that teams get hot and not hot for various reasons throughout the year. Streaks tend to end for no reason at all, so you can get into trouble by simply assuming that a Ã¢â¬ÅhotÃ¢â¬Â team will remain hot over the course of the playoffs. Most likely, what you are seeing in a Ã¢â¬ÅhotÃ¢â¬Â team is just a team that matches up well with its opponents.

What makes a good matchup? There are a few different things. Mostly, you should be looking for teams that have strengths that are able to exploit another teamÃ¢â¬â ¢s weakness. What about a team that has a very strong second receiver against another team that has a weak second cornerback? That is the kind of matchup that you want to look for. There are lots of different ways that a team can match up well with another, and you need to be looking for these things when you are making your picks. 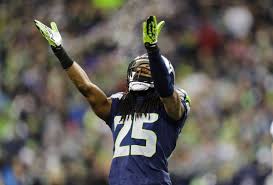 There exists something of a debate in NFL circles. The question is about home field and just how much it matters in the playoffs. Some argue that home field is the most important thing. Other note the many examples of wild card teams that have been able to make it all the way to the Super Bowl. As with most things, the answer to this overarching question is, Ã¢â¬ÅIt depends.Ã¢â¬Â

What is meant by that? It depends upon the team and the situation. In the NFL, not all home fields are created equally. The Seattle Seahawks, for instance, enjoy a tremendous home field advantage. Their stadium is very loud, causing problems for opposing offenses. In addition to that, it just feels as if the Seahawks feed off of the crowd. There is no denying that being at home is important to this particular team. Perhaps home field there is more important there than almost anywhere else.

Whenever you are evaluating home field, you need to take a hard look at a number of factors. The crowd is only one part of it. The next factor is travel distance. A team going from one coast to the other can expect a stiffer challenge than one traveling a few miles. You might also consider weather factors. The New Orleans Saints are notoriously bad in cold weather outdoors, so the home field advantage for the Eagles against the Saints would be significantly greater than the home field advantage of the Cowboys against the same Saints team. DonÃ¢â¬â ¢t fall into the trap of thinking that home field advantage is some simple number that you can apply to all teams. The truth is that the effect varies depending upon a number of different factors. 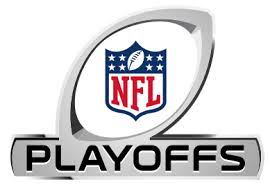 When you make your NFL playoffs picks this year, youÃ¢â¬â ¢ll be challenged in a number of ways. One of the primary challenges is determining just how much a bye week will impact a teamÃ¢â¬â ¢s chances. There are two different ways that this could go, so you need to keep this in mind as you evaluate the worthiness of a pick. When you handicap the layoff, you will want to consider whether a team needs to get healthy or whether a layoff may strip a team of the momentum that it has accrued to this point.

The numbers suggest that over the last ten years, layoffs have been good for teams in the NFL. This is mostly because teams get banged up at the end of the year. Take the Carolina Panthers for instance. The Panthers last had a bye week thirteen weeks ago. Thomas Davis is a little bit banged up, Cam Newton is hobbled, and Steve Smith got hurt a few weeks ago. For the Panthers, this week will give them an opportunity to get completely healthy for a first round game.

In some cases, though, the bye week can sap the momentum of a team. Whenever you make these kinds of picks, you need to take a long, hard look at how a team has responded coming out of a bye week. In some cases, teams can really struggle coming off of a bye for one reason or another. Perhaps they have a rhythm passing game. In some cases, the coaching staff may fail to hold the teamÃ¢â¬â ¢s focus over the course of the year. You need to know these things if you are going to have long-term success with your NFL playoffs picks this season.

In no other sport Ã¢â¬â aside from maybe baseball and the starting pitcher Ã¢â¬â is individual effort as important as in basketball. In basketball, with only five guys on each team, one playerÃ¢â¬â ¢s great effort can turn an NBA loser into an NBA winner. With that in mind, it is important for bettors to understand and identify those times when guys might have something to prove. In these instances, players are more likely to put in great effort, giving the NBA bettor a much better chance of taking home money.

If you have been making NBA picks over the last couple of years, then you have observed Chris Paul. If you watch Paul, then you will know that he is always good, but sometimes, he plays great. What sparks this great play? Most often, it comes as the result of a situation where Paul has something to prove. Take earlier in 2013, for instance, when Paul traveled to Washington to take on John Wall, one of the best up and coming point guards in the game. Paul was in a position there where he needed to dominate. He did, putting up a ton of points and rebounds.

If you are identify those times when players have something to prove, you will be much better off at the end of the day. If youÃ¢â¬â ¢re betting on a team that has one of these players, then you can benefit. With only five guys on the court at any one time, a single playerÃ¢â¬â ¢s career game will most often turn into a covered spread with your NBA picks. 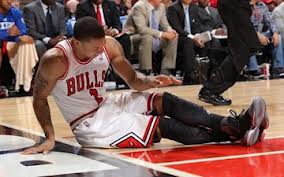 As an NBA bettor, there is a decent chance that youÃ¢â¬â ¢ve been trained to think a lot about injuries. If a primary player is out, how many points will this impact a team? This is one of the seminal questions that is often asked when bettors are trying to formulate their plays. Perhaps it is time, though, to think about injuries in a new and different way when you are dealing with the NBA. Why? Because it seems as if the conventional wisdom on this topic is not so good after all.

While it might make sense to make the Heat five points worse in your mind without Wade, the truth is that when teams are playing without stars, they can sometimes step up. Guys who have been playing behind those stars are typically quite good. Given the chance to prove themselves, they have a tendency to play well and play hard. There is a big issue at play, though, if you are trying to extract value out of every betting spot.

The truth about these backups is that the public mostly underrates them. The public does not give them proper value because the public does not know their names. Generally, a player is a backup because he is not good enough to crack a starting five. While this is also true for those people playing behind stars, the effect is much less. If a person is playing behind a star, he could be very good and still not crack the lineup. He might be the kind of player who would start on many other teams.

What is the moral of this story? If youÃ¢â¬â ¢re adjusting for injuries to star players, donÃ¢â¬â ¢t overcompensate with your NBA basketball picks. Often, teams play very well in the absence of a star. 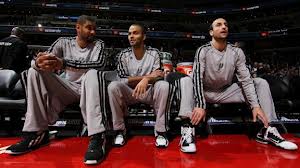 If you play daily fantasy basketball, then you know that sometimes, NBA teams cannot be counted on to play their players an average number of minutes. Most of us have been there. WeÃ¢â¬â ¢re down by a couple of points in our fantasy matchup late, and we just need a few rebounds from a starting center. His team is up 21, though, and the back of the bench enters the game. These scrubs play the entire fourth quarter, leaving your man on the bench and your bankroll out of luck. This is the way of the world in the NBA.

As you make NBA picks, you need to know about this. You might think that this fact suggests that you shouldnÃ¢â¬â ¢t take big favorites. Though this is one conclusion, you need to also recognize that NBA teams will even do this when they are losing. As soon as a game enters the fourth quarter with a 20 or so point margin, both teams will start resting players. This is especially true for older teams and those teams that have been playing a bunch of games in a short amount of time.

How can you deal with this as an NBA bettor? First, when youÃ¢â¬â ¢re making your NBA picks, never count on a team to keep blowing another one out late in a game. NBA teams are highly prone to complacency. This does not mean that you should avoid big numbers altogether. It just means that if you think about betting a favorite with a big line, then you should tread carefully. Figure out which teams have been most willing to clean out their bench in these late-game situations.