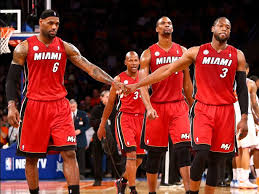 Whether you plan on making early season futures bets on the NBA or you are just looking for a basis for making your individual bets each night, you will need to have a firm understanding of where teams stand compared to last year. Take Miami, for instance. The Heat claimed the title last year, running through people en route to a difficult showdown with San Antonio at the end of it all. Can they do it again, winning the title and establishing a true dynasty?

If you are making NBA predictions, then you probably know that LeBron is the best player in the NBA. You need to know, though, that Wade has fallen off, and his health is a major concern. Players get worse with age, and even though Wade is not that old, he has a lot of mileage on his legs. This could mean much more pressure on LeBron to perform this year, as he will not have a surrounding cast that will be able to pick up as much slack. Can he handle this challenge and guide his team to the finals once again?

All signs point to LeBron having the ability to put a team right on his back. He has done so in the past, even when he has played for a rotten Cleveland squad. If Miami can make its way into the finals, then one would be hard-pressed to bet on anyone else. Miami is the reigning champ, though, and if you are a savvy NBA bettor, then you will know that the returning champion is often overvalued by the betting public. It may be difficult to get good value on Miami lines, especially early in the year when excited bettors will put money down on them. 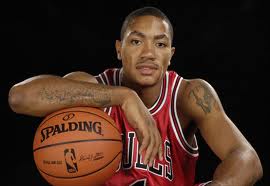 Derrick Rose has been out for a year now, but itÃ¢â¬â ¢s time for him to return, and with that return, the Bulls figure to be quite formidable heading into this season. People making NBA picks will have to make a judgment call on just whether they think the Bulls are going to fall in the hierarchy of the Eastern Conference. It is best to know where the teamÃ¢â¬â ¢s structural value will be at the beginning of the year so that bettors can effectively evaluate lines both early in the year and as the year goes along.

Rose appears to be fully healthy, and this bodes well for the Bulls. Last year, the team was able to remain quite competitive even with him on the sidelines. If they have a healthy Rose, the Bulls should be one of the best teams in the NBA again, and though it is unlikely that they will be able to take down Miami in the East, they should have a chance to fight for the number-two spot. One has to wonder just how RoseÃ¢â¬â ¢s return will impact NBA lines and NBA picks.

There is a chance that the public may overestimate the value of Derrick Rose, inflating the value of the Bulls and making them a difficult team to bet on this year. There is also a chance that the public might have simply forgotten just how good he has been. They might also not trust that he is back to his old self after the knee injury. Bettors should keep an eye on the Bulls and their lines in the early part of the year. There may be significant opportunities to make winning bets on this team if the market does not properly adjust one way or another to return of Derrick Rose. 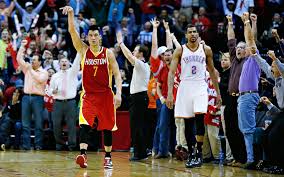 It might seem like a good idea to bet on the big market teams, but you will quickly find yourself in trouble if you do so. These teams can and will cover lots of games. The problem, though, is that they are highly popular among other bettors. What this means for you is that it will be hard to get good lines when you are betting on LA, New York, Miami, and Chicago teams. Look for small market NBA handicapping opportunities.

2. Stay on top of fatigue

You can always find out about injuries before you make NBA picks. Even the average scrub can figure this stuff out in order to make the right call. What you need to do is stay on top of the fatigue situation. Is a team tired from a long road trip? Has a team been worn out by a fast-paced opponent over the last couple of days? Keep these things in mind to give yourself the best possibility opportunity.

What is the difference between 3 and 3.5 when youÃ¢â¬â ¢re making NBA picks? It might not seem like a lot, but the truth is that the half-point can have a huge influence over whether or not you come away with a win. Keep this in mind as you make your picks this year. DonÃ¢â¬â ¢t ever forget about how a point or two can turn a win into a loss. Always seek out the best available lines. 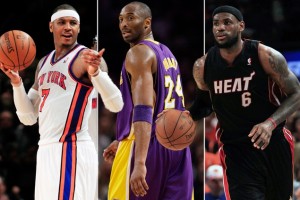 The big news in the NBA this season is that the format of the Finals is getting a new look. The NBA brass have decided to change the Finals format back to a 2-2-1-1-1. When it comes down to it, will it matter, or will the Miami Heat run away with the title again this year? Take a look at my preseason NBA Power Rankings and see where your team stacks-up to start the season, and use this guide to help shape your NBA picks. 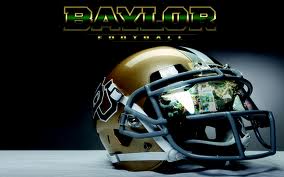 The Baylor Bears have been very impressive this year, moving the ball well, and putting up boat loads of points. Quarterback Bryce Petty has stepped right in where others have failed, and he’s been able to command the offense in a very RGIII manner. Baylor hasn’t beaten anyone with a pulse, but they have beaten every opponent into a pulp. This week, they’ll get a WVU team that is coming off of an incredibly impressive win over Oklahoma State. WVU has looked bad at times, too, so this is a game that could go either direction.

Amazingly, the Bears are favored by four touchdowns in this one. This is especially shocking when considers what the Mountaineers did to OSU just one week ago. But the travel is difficult here, and it may be hard for WVU to come down off of the high that they got with that big win on Saturday. With Baylor waiting at home and the pace of this game expected to be fast and furious, it will be easier for the Bears to cover a big number here than most would expect.

Those who choose to back WVU will be hoping that they can carry the same kind of defensive intensity into this week. OSU has one of the best offenses in the country, and the Mounties were able to keep them in check. Going on the road is a different animal, though, and without a strong defensive effort, this could turn into a track meet. In the past, teams have wanted to avoid track meets with West Virginia. That’s the case no more, and Baylor might just be the new team to fear in these kinds of games. 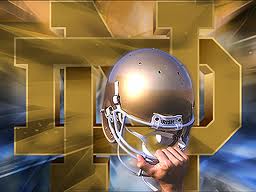 Notre Dame lost last week. Again. They probably should have three losses this year, as they needed a lot of good fortune to knock off Michigan State a couple of weeks ago. Now, the Irish are home again, playing a tough Arizona State team in a game that they absolutely must win. Notre Dame has shown that they have some ability on offense, and the defense is still salty. Yet somehow, they’ve been losing football games and not getting the kind of results one might expect from a school like them.

Is it time for an Irish revival? The only way that could happen is if they’re able to get more consistent stopping the pass. Arizona State moves the ball very well through the air, and their tempo will make life very hard on Notre Dame. Unless the Irish can summon some kind of ability that they’ve not yet shown, then they could be in for a very long night. Still, some will like Notre Dame here as an underdog, and getting almost a touchdown is very attractive for a team that’s able to keep most games close.

Arizona State got blown out in the first half against Stanford a few weeks ago, but they fought back to make it a close game in the second half. They have been playing very tough under Todd Graham, and that should serve them well in what figures to be a knockdown, drag out kind of matchup. If you think that ASU can maintain its intensity, then you might think they have the ability to blow out Notre Dame. If you think they’ll struggle to maintain that type of effort, then you’ll back the Irish.