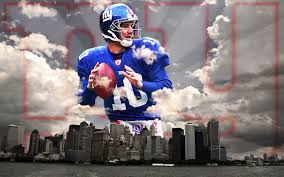 Last week was perhaps the ugliest performance in the history of Giants football. They got blanked by an 0-2 Carolina team and didn’t get into triple digits in offensive yards until the Panthers took the pedal off the metal in the fourth quarter. They also surrendered tons of yardage and, oh yeah, missed a short field goal. It was the kind of thing you don’t expect to see from a Giants team. So what’s next for this club as they try to get things back on track? This week, they head to KC to take on a very good Chiefs team.

The Chiefs have had a long time to prepare, as they played the Eagles last Thursday night. They’re currently looking great on offense and defense, and it appears that the team is really buying into the Andy Reid offense. This Chiefs team is getting good QB play, but more than that, they’re running the ball and using their many weapons. This looks like a complete team and just might look like the kind of team that can take it all the way to the Superbowl.

New York has to bounce back at some point, though it’s anyone’s guess when that point will be. As of now, they’re struggling in every phase of the game. The one thing to remember when making your NFL picks, though, is that Tom Coughlin has a strong record of getting his teams back on track when they start off slow. If you’re ready to write off the Giants, this just might be the week they put it together. One thing stopping them from that is their inability to block up front. Eli Manning got sacked almost 10 times last week, and the blocking looked like a bad high school. 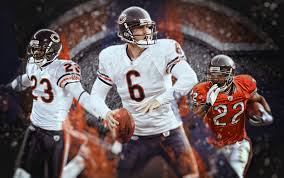 Â Alright, Bears. You’ve shown the betting world something under your new coach. By winning a third straight at Pittsburgh on Monday night, the Bears kept this train rolling. But can they go to 4-0? If they’re going to do it, they’ll have to go through a Detroit team that has shown some life of its own in the early part of the year. The game’s on the road, too, and Chicago is coming off of a very short week. Those things line up to suggest that Detroit will win this one, but that is very much up in the air at this point in time.

What’s been the biggest improvement? Well, it’s the NFL, so look at the QB first. Anyone looking at QB play for the Bears will find that they’ve been on point all year. Jay Cutler’s playing the best football of his career, and they have a number of very good wideouts. The offense looks to be among the most balanced in the NFL, too, with Matt Forte leading a top-notch rushing attack. The Bears defense isn’t its normally unstoppable self, but that’s alright, too. They have enough weapons to cover the defense if necessary.

This week, Detroit has a chance to get a big win. They are in the dome, and they, too, have been playing better. One problem for Chicago is that they don’t match up very well with the position players from Detroit. If the Lions can get some things going through the air, it could be a very long day for Chicago. They’re going to lose eventually, of course, and this seems like a good time for it to happen. People have been saying that for the last two weeks, though, so there’s a chance Chicago could surprise us all. 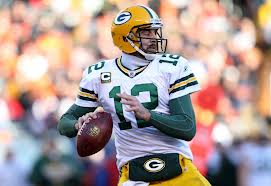 There’s a small problem up in Packer land. Aaron Rodgers can’t seem to win a close game. More Green Bay fans are getting concerned after the Packers let another slip away. Now, they’re asking whether there is something really wrong with the Green Bay QB. With the Packers on a bye, it’s a guy time to think about what they’ll be for the rest of the season. Can we expect Green Bay to return to its form and contend for a championship? Or is there a problem that will keep them from paying off those who make NFL betting picks on them this year?

There are a couple of different ways to look at the numbers. You might look at the close game figures and conclude that Rodgers chokes in big games. You wouldn’t necessarily be wrong, as it looks like Rodgers doesn’t bring his best game when things are tight. There’s another explanation that demands your attention, though. The Packers have been so good for so long that when they play well, they usually blow their opponent out. This means that the only times they’re really involved in close games are times when they play good teams and when they’ve struggled that day. You would expect Rodgers’ performance to be worse when he’s playing good teams or having a bad day generally.

Is this a trend that we can expect to continue going forward? That’s a distinct possibility. If you’re making NFL picks, then perhaps you’d like to be wary of Green Bay in those games where the line is close. The stats tell us that Rodgers and company are much better at blowing away the bad teams. When it comes to winning a tough game against a quality opponent, they have far less success. 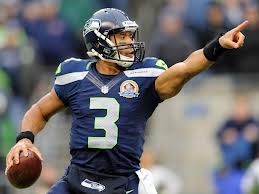 The Seattle Seahawks are rolling along, and they’ve won their first three to this point. They’ve knocked off the Panthers, 49ers, and Raiders in succession, and they look poised to be the class of the NFC after San Francisco’s loss toÂ Colts in week three. With that said, can they keep it going this week against the Houston Texans? If you’re makingÂ NFL picks
this week, you owe it to yourself to at least consider this question. The Texans have a lot of talent and they will eventually put things together. Some might think they’re going to do it this week.

Going on the road is tough, especially if you’re a team like Seattle. Over the course of this season, bettors might find that the Seahawks are going to be a much better play at home than they are on the road. They feed off of the home crowd, and this prolonged home success can often inflate the Seattle road lines. They almost lost in week one against Carolina, and Houston is a better team than Carolina. The problem for the Texans this week is health, though they did just have a bye week that should have given them an opportunity to rest.

Houston has been struggling to run the ball this year, and that’s something that very rarely happens to them. If they’re going to perform against the Seahawks, they’ll have to do that, as the Seahawks defensive line and secondary are especially good. Teams can’t hardly through the ball against them with any regularity, so winning through the air is the only way to get it done. If you think that Houston can run, then you’ll back them in this game. You might even think they can win straight up. 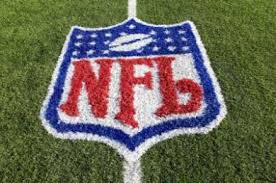 It’s not often that you see an NFL line that’s above 14 points. It’s even more rare to see a line cross the critical number of 17. Over the past couple of years, the Patriots have commanded some of these lines, though the largest one can remember is the 21-point line they had against the Bucs a while ago. Now, the Seahawks are close to 18-point favorites against Jacksonville. The Jaguars have to go across country, and some are wondering whether they can compete.

One of the problems for Jacksonville right now is its schedule. It played last week in Oakland, and it flew back to Florida shortly after the game. Now, they’ll have to get on a plan again to fly out to Seattle, one of the longest trips possible in the league. Can the Jags handle this kind of difficult travel schedule? More importantly, do they have a single hope of moving the ball against a Seattle defense that is sort of nasty? These are questions to ask when you’re making NFL betting picks.

Seattle might have a bit of letdown this week after giving full effort against San Francisco. That’s the only thing that could possibly save the Jaguars as they head out to the West coast. It’s almost a certainty that they’ll lose the game. The bigger question has to do with the point spread. One problem for Seattle is that they just don’t score that many points. It’s hard to cover three touchdowns if you’re not a big scoring team, though they might be able to do it by shutting down the Jaguars offense. 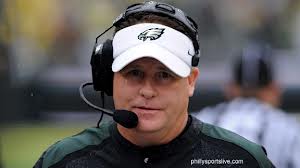 With two weeks gone in the NFL season, the Eagles remain a huge mystery. They won in week one, knocking out Washington with fast offense and opportunistic defense. In week two, they lost a home game to a west coast team that had to travel on a short week. What can we make of Chip Kelly’s Eagles? Are they for real or are they a team that you might just want to throw away? When you’re making your NFL picks this year, this is one team that you’re going to have to keep an eye on.

The Eagles seem to have the offensive firepower to win right now, but defense is the main problem. They’ve scored more than 30 two weeks in a row, but the last six quarters of defense have been ugly. Washington moved the ball at will in its second half in week one, making a game of what could have been a very ugly one. This week, San Diego and its highly limited offense ran through the Eagles like water. The problems are everywhere on the defense, too, as no one unit has been to blame for all of the issues

Chances are good that Kelly and the Eagles will improve a bit on defense, and as the year goes along, they should get better on offense, too. If you are going to make your NFL picks on them, you might find good value as you continue through the year. Next up, the Eagles have the Chiefs for a Thursday night game that could decide the trajectory of their season. With them losing at home last week, this could be the right time put your NFL picks on them, as they may be slightly undervalued by the betting public in this spot. Time, of course, will determine whether the Eagles are a legitimate force or a pretender.