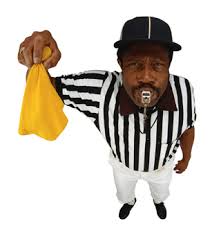 One stat is very important in the NFL, and the good news is that it’s one that has good predictive value. That stat is penalty yardage, and you can use it when you’re trying to decide between teams that are otherwise close. Teams that get a lot of penalties tend to do that consistently from week to week, and if you find that a team has this tendency, you can expect the trend to continue deep into the season. You should know that these things matter, though they are not the huge factors that some make them out to be.

If you look at the NFL penalty stats, you’ll see that there is around 40 or 50 years worth of difference between the most penalized team in the NFL and the least penalized club. This amounts to a little less than one yard per play. This is a big difference, for sure, but most teams will see a gap much smaller than that. There is not a significant difference between most teams, and you should not give too much importance to a few yards when you’re making your NFL picks.

The important thing is to put the yardage in context, and you might be smart to consider this as a tie-breaking factor when all other things are mostly equal. Penalties tend to keep drives going, and they can hurt you when you don’t think about them. Don’t plan on betting a bad team over a good team just because the bad team avoids penalties, though. Other factors are still very important, and you should be smart enough to put all of these things into a mixer to come up with your NFL picks at the end of every week.

Comments Off on NFL Handicapping Tips: The Predictive Value of Penalty Rates

College Football Betting Tips: On the USC Trojans and Value 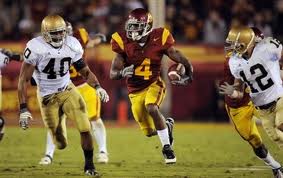 Over the course of any college football season, there are some teams that are going to be undervalued and some that are going to be overvalued. Value can be based on many things, and some players are undervalued based on factors that you might normally dismiss. The USC Trojans are an interesting example to consider, and you should be looking both at the team’s current makeup and their structural value issues when you’re deciding whether or not to make a bet in any given week.

First, we should consider the structural value issues with USC. The Trojans are a highly popular team across the country. Because of their history and their recent success, many people love pulling for USC, and many bettors love putting money on them. Perhaps just as important is USC’s location. Right in the heart of LA, the school is not far from Vegas, and a bunch of Vegas action depends upon the local LA teams. This means that many people are going to juice USC lines, and you will have to be careful not to bet into bad lines on their games.

In terms of this season, USC might be flying under the radar to some extent. The team is growing more comfortable in Lane Kiffin’s system, and they have more depth this year as the effects of probation are starting to abate. They lost their bowl game in ugly fashion one year ago, but that won’t keep them from being good this season. Even though the Trojans have to replace a few key pieces, they should be able to provide good value to bettors in a few critical spots next year. Keep an eye out for good opportunities to bet on USC if you are trying to make money with your college football handicapping.

Comments Off on College Football Betting Tips: On the USC Trojans and Value

College Football Betting Tips: On The Importance of Recruiting Knowledge 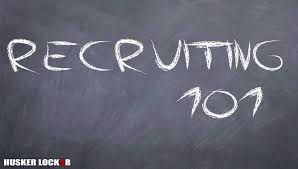 If you are going to have any success in college football betting, then you will need a wide range of different skills and a board knowledge base to go along with it. Early in the season, it can be difficult to make college football bets for one critical reason. That reason is recruiting and the great unknown. With pro football, you have a good idea of what players can do when they enter the league. How do you know what the new QB out of western PA is going to do when he suits it up for the first time?

It might pay to keep up with recruiting services if you are going to make early season picks. Sites like ESPN, Rivals, and Scout can tell you a thing or two about the big recruits, and this will only help you make the best possible decisions. It’s important to do more than just the basic research, though. Great recruits often flop, and those recruits who aren’t so great will often perform very well. You will need to keep up with preseason reports to know which recruits are going to pan out for your favorite school.

You will also want to understand that many freshmen do not make an impact during their first few games. Some guys come in and dominate from the first whistle, but most will require a few games before they’ll see significant snaps. This means that it might not be best to base your betting on what you think a great freshman is going to do. Force a coach to show you that he is going to play a freshman before you start making assumptions on how that player will help. This will help save you a lot of pain during the course of the season.

Comments Off on College Football Betting Tips: On The Importance of Recruiting Knowledge 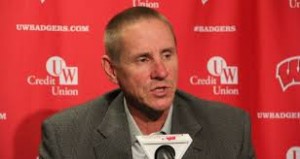 With coaching changes taking place, you will have to scope the college football landscape before making your bets. If you want to get the most out of your betting, you’ll need to know whether teams are likely to underperform their name brand value or whether they’re likely to provide surplus value with a new coach in place. Here are three coaches in new places to keep an eye on.

Sure, he’s a second year coach, but most people forgot about North Carolina last year. They should be much better in Fedora’s second season, and they might even threaten South Carolina in the year’s opening game. UNC has a good QB, and this is one coach that has shown the ability to produce great results in his second year. Keep a close eye on what UNC is able to do this year.

Some people forget that the Wisconsin Badgers have gone to three straight Rose Bowls. They have a new coach that has brought new excitement in a place where talent oozes all over the roster. Wisconsin might be the most underrated Rose Bowl participant in a long time, as they’ve been overlooked by many people in the national media heading into this year. Andersen and company will be looking to send a message, and Wisconsin’s players understand beating up on all opponents.

The high-flying offense will head to Lubbock, and they should have an opportunity to be very good. Texas Tech is a tough place to play, and if you’re making your college football picks this year, try to target great opportunities to bet on the Red Raiders at home.

As you make your college football betting tips this fall, you might want to target some of the smaller schools that don’t get nearly enough attention. If you can hop on a mid-major’s train before the betting public realizes that they’re good, then you can rake in the money. This happened for a long period of time with Boise State backers, as they were able to make huge money on the Broncos before the public finally caught the trend. Here are three small schools to watch this season.

Out in the west, Fresno State has quietly built its program into something worth watching. With good QB play, a good coach, and a nice returning cast, this team has a chance to make some noise on the national scale. Many people don’t know a lot about Fresno State, either, so you will likely have a chance to make good money by betting them while the public is blissfully unaware.

The Marshall Thunder Herd feature on the best QBs in the country this year, and this can go a very long way when you’re a small school. With good talent all over the field, this is a team that has a chance to knock off some good teams. In addition, this is a school that could blow out some of its conference opponents.

The Rice Owls closed last year by knocking off a good Air Force team in a bowl game, and they return a bunch of starters this season. Rice has a strong running game, and they have a good coach, too. Those two things will go a long way, and the Rice name is still associated with poor football. This could provide ample opportunity for you as a bettor to make moves on them this year.

College Football Handicapping Tips: What to Make of Louisville 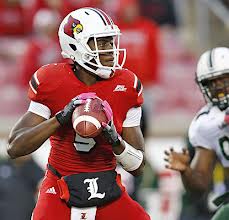 If you are making college football picks this year, you need to understand Louisville and the value that the Cardinals bring to the table. Teams are very similar to stocks, and they can either be overvalued or undervalued heading into a year. When a team is underrated, the point spreads might be a little bit off, giving you a great opportunity to get some value. What kind of stock is Louisville? It’s one that might just be overinflated heading into 2013. Even though the Cardinals finished strong last year, some evidence suggests that people have jumped too hard on this train.

Louisville struggled in the Big East last year, and even though they made the Sugar Bowl, the Cardinals weren’t dominant through most of the season. The Big East as a whole was down, and Louisville simply benefited from being the best of a bad bunch. They did beat Florida in a bowl game, and it’s that win that’s propelled the Cardinals into a top-10 position heading into this season. They’re probably going to be a favorite in every game this season, and you might just make money betting against them.

Louisville does have one of the best quarterbacks in the country in Teddy Bridgewater. He can’t do it alone, though, and they haven’t shown enough of a supporting cast to warrant this kind of ranking. With recruiting that’s been little more than average to this point in Charlie Strong’s tenure, there’s nothing to suggest that a boat load of studs is coming down the pipe, either. If the Cardinals end up being double digit favorites against a bunch of league rivals this year, then they might just be a good team to fade if you have the guts to go against public opinion.

Comments Off on College Football Handicapping Tips: What to Make of Louisville