College Football Handicapping Tips: Three Tools That You Must Use to Have Success 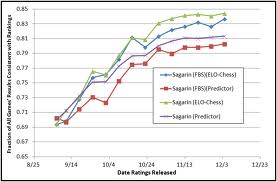 If you want to have success with your college football picks against the spread, then there are three key tools that you absolutely must use. These things will help you make accurate picks throughout the season, and though they will not guarantee success, they will give you a great chance to leave the year with more money than you started with.

Jeff Sagarin is a very smart man who devised a comparative rating system for college football and NFL teams. As you make college football picks this year, you need a compass to keep you straight. You need a rating system that will give you an idea of where Baylor stands in comparison to Syracuse. This can help you account for scheduling differences, too. This data is free, and it can make you a better bettor.

One of the best sites on the web is called Football Outsiders. These guys take a new look at college football from a statistical perspective. They have a couple of different ratings systems, including the Fremeau Efficiency Index. Known as FEI for short, this is something that you can use to compare different teams over the course of the year. This data is also free, and you would be foolish not to use it.

From the betting market perspective, you need to know when and how much lines have moved. If you are going to have long-term success, then line movements must be a part of your equation. You can find this data easily online. Know that when lines start moving, you can bet that someone has placed a big bet on one team or another. Keep this information in mind as you make your plays.

Comments Off on College Football Handicapping Tips: Three Tools That You Must Use to Have Success 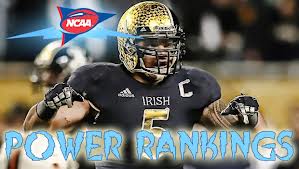 As the season rolls along in college football, you might find that power rankings become more useful. This is the nature of the game with rankings systems. The more data they have, the better they will be at comparing different teams. So can you even use this data when you make your college football predictions in the early part of the season? Luckily for you, the answer is a definitive yes. Many systems account for this problem by weighting information from last year.

One such system is the Sagarin rating system that comes out in USA Today each week during the year. Through the first few weeks of the season, these ratings will be chained to data from last year. That data will become less important in the ranking’s formula as the year goes along. It is true that data on last year’s team is less effective than data on this year’s team in terms of evaluating performance this season. Still, you should not totally throw away rating systems during the early part of the season.

If anything, this is the perfect time to ensure that you use a comparative rating system. During the early part of the season, you have little opportunity to see and evaluate every team for yourself. This is especially true when teams are playing against cupcake state schools and small college opponents. Rating systems can help to keep you grounded during these difficult betting moments. As you make your college football picks this year, you should find the rating system that you feel most comfortable with. Use it liberally to keep you on point, even during the first few weeks.

Comments Off on College Football Betting Tips: Are Power Rankings Helpful Early in the Year?

College Football Handicapping Tips: What Do We Make of Alabama? 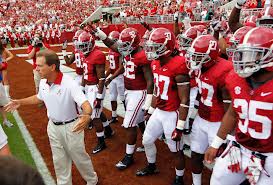 The Alabama Crimson Tide have won two straight national titles. They’ve run many teams out of the building, and they have an experienced QB coming back this year. Always stout on defense, they figure to be among the best teams in the country once again. There is an important question worth considering, though. What do we make of the Tide from a betting perspective? Are they worth investing in during the early part of the year?

Alabama opens the year against Virginia Tech in the kickoff classic in Atlanta. This is a huge game pitting traditional powers. The Tide come in as nearly a three touchdown favorite, and this puts Tech in an unusual position. Though sometimes an underdog, VT is rarely ever an underdog this big. Is this Bama being overrated on the heels of a national title? Or can we expect Alabama to be a steamroller than destroys people throughout the year in 2013?

The truth is that Alabama is as solid a team as you will ever see. This does not mean that they will be a great pick from a betting perspective, though. There is a critical mass of data that suggest Alabama’s value has hit its peak. Why is this the case? It’s because they really cannot go much higher. They have won two titles in a row, and all of the talking heads expect them to roll once again. You might see that Bama is a bit overvalued through the early part of 2013. There might be good opportunities to bet against them on the spread if you have the stomach to make this kind of pick.

Comments Off on College Football Handicapping Tips: What Do We Make of Alabama? 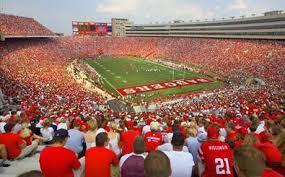 All teams in college football play better at home. There is some familiarity to sleeping in a familiar place and dressing in your own locker room. Not every stadium is a big help, though. When you are making your college football betting predictions in the upcoming season, you need to know those stadiums that actually provide some help. Here are five good examples.

At Clemson, they play in Memorial Stadium, and the noise is very real. Clemson routinely plays above its head at home, and they have knocked off some big programs over the years in home night games. If you are looking for a good value home stadium, then this one is at the top of the list.

The Badgers rack up wins at Camp Randall, and perhaps more importantly, they beat people to death in that stadium. When you are making your picks this year, be sure to respect Camp Randall. You have a better chance of getting the Badgers to cover a big number when they are at home.

What’s that you say about the Huskies? Though often forgotten, Washington plays good football on the west coast. Last year, the Huskies knocked off Stanford at home on a Thursday night. It’s often a long trip to Seattle, and they take advantage of unprepared teams.

Who would think that the Tulsa Golden Hurricane would play so well at home? The conditions are the big ticket in Tulsa, as the wind blows and knocks people off of their game. As you make your picks this year, remember that Tulsa is one of those underrated venues in terms of adding value.

The Cowboys are very difficult to beat when they are playing in their home stadium. This is yet another example, like Wisconsin, of a team that likes to run up the score at home. This can matter in a big way if you are making college football picks against the spread.

Comments Off on College Football Handicapping Tips: Stadiums that Matter

College Football Handicapping: The Value of an Experienced Quarterback 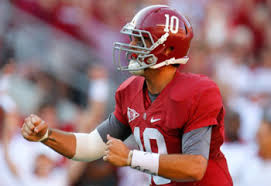 As you go through the college football betting landscape, you will learn that no one player is too important to a team’s chances. Over the course of a season, many different players will help a team win, and when a major position player goes out, it might only move the line a point or two. But what about QBs? Is there some distinction when it comes to quarterbacks? The answer, of course, is that there is a major difference between QBs and other positions. An experienced quarterback can be a big help when you are making your college football picks.

There are some other positions where experience matters. On the offensive line, an experienced player can make a huge difference. Early in the year, you should target teams that have experienced tackles and centers. Tackles are important for obvious reasons, as they protect the QB from abuse. Centers are important for less obvious reasons, but they remain an essential element of any winning club. They make the calls and protect a team against blitzes. Without an experienced center, you might see a team struggle during the first part of the season.

Comments Off on College Football Handicapping: The Value of an Experienced Quarterback 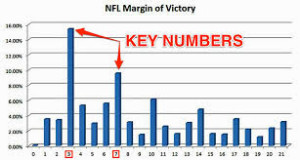 One of the problems with the NFL is that it is hard to know what’s going on with line movement. There are many factors that can move a line. Did someone drop a huge bet to move a line? Are the books moving lines on air, hoping to get bettors to follow? Is there a piece of injury news that you haven’t yet heard about? Any of these things can be true, and you can’t nail down why the line is moving the way it is. This is true of almost all games on Sunday. There are some games, though, where you can make NFL picks by focusing on line movement.

If you are planning on making NFL picks on the primetime games, then you need to know all about the movement. One good rule to live by with your primetime picks is that you should never bet against line movement. If the line is moving to give you a better line, then you need to question why. More times than not, you will lose when you log on to your site to find that you are getting an extra half point. The truth is that you need to go against this sort of movement.

This is especially true when you are making NFL game picks on games with reverse line movement. If the public is all over a team and the line is moving the opposite direction, then you should know that something is badly wrong. In those cases, you should take a contrarian approach, fading the public. This might seem like a risky thing to do, but remember that the public rarely wins when they go big on a primetime game.

Comments Off on NFL Handicapping Tips: The Primetime Games and Line Movement