College Football Handicapping Tips: Understanding Coaches and the Willingness to Run Up the Score 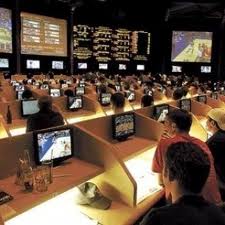 Especially early in a college football season, many of the lines will be big. When Clemson plays Ball State, the Tigers might be 29-point favorites. Can they cover the number? Most of the time, whether or not one of these big teams covers the number depends entirely on the coach and how many points he wants to put up. To put it mildly, if a team wants to cover, then a team will cover. If they don’t, then they won’t. You have a responsibility, as a bettor, to figure this stuff out on your own in order to make the best possible decision.

Some coaches are willing to beat teams into the ground. Oregon, for instance, would crush other teams under Chip Kelly. They would routinely score 60 at home, and they could be expected to cover even the biggest spreads. Other teams tend to just skirt by, as their coaches play the scrubs in the second half. These teams can hurt you when you are trying to bet on the big numbers.

Do some research on how teams play and how coaches coach in those moments when there is a decision to be made. If a coach shows that he is willing to run up the score, that is not likely to change from year to year. The same is true, unfortunately, of those coaches who do not like to run it up. You should also take into account rivalry situations or those situations where big schools are playing small, in-state schools. When a big school is playing its little brother, that big school may take it easy. This information is essential for people who want to win with their college football picks.

Comments Off on College Football Handicapping Tips: Understanding Coaches and the Willingness to Run Up the Score

As you prepare to make your college football picks this year, there remains a rule that’s as important as ever: Line movement matters. Those three words can help to shape your ability to win this season, and if you forget it, you will be in a world of hurt. People who win in college football betting do so because they understand the role of line movement. Lines can move by two or three points over the course of a week, and you need to know what the line moves mean.

The old saying is that money moves lines. This is true most of the time, though it is not true all of the time. The sports books will often move lines in order to influence betting. If you see a line moving hard, then you should think before you start taking those extra points. When the line is moving, the books are often trying to get bettors to be on one side or another. This is the dangerous truth that you must understand as you make your picks. Know that the books know more than you, and if they seem to be begging for action, there is probably a good reason for that.

If you see a line move hard in the hours before a game, then you should be wary of that line movement. In college football, information can travel quickly, and the books often know when injuries have taken place. They also know when players or teams just are not ready to play. Keep an eye on this movement if you want to have long term, sustainable success. As a general rule, you should not be trying to bet against the line movement. It might seem nice that the books are giving you an extra point on your underdog or taking away a point on your favorite, but this is a mirage. You are bound to get bounced if you fail to recognize the relevant trends.

MLB Handicapping Tips: The Things that Hold Down Scoring

As you make your baseball picks 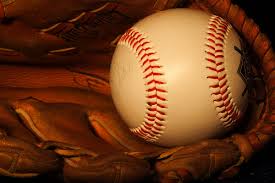 each day, you might be looking for moments when it is right to bet the under. If you are going to do that, then you need to know the things that lead to lower scoring in baseball. Here are some good factors that can help you spot the good places where you can make MLB picks on the under.

Day games tend to have depressed scoring in many ballparks. This is because shadows move over home plate, and batters are forced to deal with that when they are picking up the ball. Some stadiums are worse than others, so you need to do some research to find out which ones are the worst.

Umpires tend to be undervalued by the betting public, and MLB picks should try to pick up on this value. An umpire with a large strike zone can help a pitcher immensely, and this can hold down run scoring in a big way. Many umpires have long track records of having their games go under the total. Try to find these guys and you will end up with more success.

There are some good sites out there that will tell you which way the wind is going to blow on a given day. If you can track these wind statistics, then you can come away with much better MLB picks on the under. When the wind is blowing in in places like Citi Field and Wrigley Field, it is very hard to hit the ball out of the ball park. Without home runs, it is hard for a team to hit the over in a given game.

Comments Off on MLB Handicapping Tips: The Things that Hold Down Scoring

MLB Handicapping Tips: The Many Ways to Play 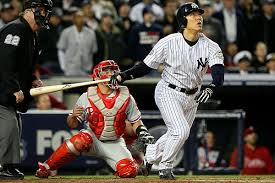 Before you spend your hard-earned cash betting on baseball, you need to know that there are many different ways to win that might work best for you. Perhaps you are the kind of person who needs a little bit of variety in order to stay interested. Maybe you are the guy who likes to find one bet type in order to keep things simple. The good news with baseball is that you can make good money with your picks doing it in a number of different ways.

The most common baseball bet is the moneyline bet on the winner. Moneyline MLB picks are nice when compared to other sports. This is because, for once in your betting life, you won’t have to worry about a point spread. You spend all basketball season making NBA picks, and this can be frustrating. When you do that, you end up worrying too much about a couple of baskets at the end of the game. With your baseball picks, things are different. You just have to pick the winner, and this really simplifies matters.

Run lines are another way to play, but if you are going to play run lines, you need to understand how things work in baseball. With a run line, your team needs to win by two or more if you are betting the favorite. This can be tough for a home favorite, since they will not get the chance to bat in the bottom of the ninth if they are winning. Likewise, when teams are up by only two runs, they might let one run score easily in the ninth. That run won’t matter to anyone except you.

MLB handicappers will also want to focus on totals. When you make your baseball picks on totals, you should realize that 6.5 and 8.5 are special numbers. It is difficult to bet on the under on 6.5 and 8.5 because a 3-3 or 4-4 tie would lead to a loss. The game will continue until someone gets that extra run, and this will cost you some value with your MLB picks.

Comments Off on MLB Handicapping Tips: The Many Ways to Play

MLB Handicapping Tips: Is there a Yankee Tax?

One of the common things that you will hear if you hang around the sports world for long enough is that some teams are assessed a tax with their betting numbers. You might think that you will have to pay more to bet on the Patriots or Giants in the NFL. You might have to bet on a bigger number if you are going to win with the Lakers in the NBA. The Yankees are the team that is supposed to get that tax in Major League Baseball. Is this real, though? Are you losing value when you bet on teams like the Yankees?

The traditional wisdom would say that you are losing value when you make MLB baseball picks on the Yankees. It would seem that more bettors would favor the Yanks, and because of that, the books would give soft lines on the teams playing against the Yankees. The numbers do not necessarily back this up, though, and you need to keep this in mind when you are making your MLB picks. If you had bet on the Yankees consistently over the last decade, you would be making money.

How can this be? Is there a rational explanation that can help us understand this phenomenon? Perhaps things have shifted to the point where people are scared to bet the Yankees because they believe it is impossible to get value on the Yankees. At some point, when something becomes “common wisdom,” the betting public makes the adjustment, and they might just stop betting on the Yankees. This means that you might have an opportunity to make money on your MLB picks when you load up on the Yankees. Though this seems unconventional, it will help you earn profits.

Comments Off on MLB Handicapping Tips: Is there a Yankee Tax?

NBA Betting Tips: How to Deal with the Uncertain of Injuries

Whether it is playoff time or you are in the regular season, one of the hardest things for NBA bettors is dealing with uncertainty. There is a certain amount of mystery that goes on with NBA injury reports. What happens if a star point guard has pulled something, yet the coach says he is probably going to play? What happens when that player is absolutely critical to your betting success? What should you do and how should you try to deal with this difficult handicapping situation? There are some simple rules that will keep you from getting into trouble with these situations.

First, you want to make sure that you wait until you have the best, most confirmed information. Too many NBA handicappers try to get the first piece of information to make a bet before the line moves. This can often be dangerous, and it will leave you in a bad way if you are trying to make good money. The best move for you is to wait until someone smart can confirm the injury report. A place like ESPN will likely only report on something if they have good information, so you should wait until you have that information before you make your NBA picks.

At the end of the day, you should be shying away from making bets until you have the latest information. There is already too much uncertainty that goes along with making bets, and you do not want to make more when you are putting on these bets. If you cannot confirm an injury status before the game starts, then you should avoid making your NBA bets. You can always make a bet on the next game, and there is no rule that says you have to bet on the game tonight.

Comments Off on NBA Betting Tips: How to Deal with the Uncertain of Injuries