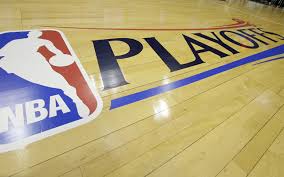 As you prepare to make picks during the NBA finals, you need to know how your NBA picks will be affected by the finals format. There are many days off between games, and there is an extended time allowed for travel. This is much different from the regular season, and it will even be different from some of the playoff series that you have seen thus far. You will need to know how different teams are likely to respond in these instances.

When you make NBA finals picks in the finals, you might want to focus on those teams that have shown the ability to handle long lay-offs. When teams have longer lay-offs, they often get rusty. Some teams are much better in these situations, and they might be better in the finals. The Spurs, for instance, have shown good ability in opening games. Likewise, the Heat have struggled a little bit to get started after lay-offs. Though this will not completely dictate the game, it will have an impact.

Some people worry that new teams to the finals will not be prepared for the hooplah. This is a factor that a smart bettor will not give too much weight when making NBA picks. Why is this the case? It’s because, by the time these guys get to the NBA, they have already been through the wars. Many have played on the biggest stages for their entire lives, and they will not be distracted by a bit more pressure. This is something that the amateurs will think about, but good NBA handicappers should not concern themselves with this factor. 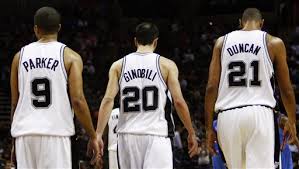 When you are making NBA picks, you need to evaluate each team and each matchup on the merits. The Spurs, though, have the look of a team that might be chronically undervalued at this point in time. Are the Spurs undervalued? That really depends upon how you are evaluating them. They have old players, and those old players tend to turn things on when the playoffs hit. The Spurs also have guys who are consistently good, so they have no problem playing well over the course of a long series. Making NBA picks is about more than just evaluating the team. You also have to evaluate the market.

What has the market done with the Spurs? This year, they have been a little bit forgotten, even though they have been one of the best teams in the West. The Thunder took all of the attention during the year, winning the top seed and doing it in style. The Clippers were a big story, too, and the Grizzles have been the rage in the playoffs. People are seemingly ignoring the Spurs, and this is what leads to teams being undervalued by the public.

As the Spurs move forward in the playoffs, you might make your NBA picks on them. They have the kind of team that can give the Heat trouble if that series ever materializes. You should look for good opportunities to bet the Spurs, as there are good spreads on them at this point. As long as everyone remains healthy through the end of the year, the Spurs are going to be as good a value as anyone else. Perhaps most importantly, they have no problem blowing people out, and this makes for a good betting proposition. 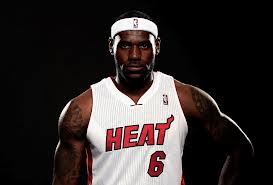 As you prepare to make your NBA picks throughout the playoffs, you might be asking yourself a key question. Is it alright for me to put my money on someone other than the Heat? It can feel very difficult making NBA basketball picks against the Heat. After all, they beat everyone last year, and they have been the best team in the NBA this year. Betting on someone else just feels silly, and it can feel like you are throwing your money away at times.

You need to know that it is alright to make these bets. The NBA is a league with a lot of parity, and when you are betting, your primary concern should be value. You should try your best to find good value each and every time you make a bet. Often times, finding value means that you have to be willing to go against the grain. There is no bigger grain right now than the Miami Heat. You need to go against them if you want to make cash.

This is not to say that you should always be betting against Lebron in the playoffs. That is probably not the best approach. The point, of course, is that you should be open to opportunities. If you are open to the idea of fading the Heat, then you might find some good betting spots. This is especially true when they are on the road and when they are up in the series. You should be completely alright with the idea of going against the tide, and you shouldn’t worry about whether you are just burning your money. More times than not, you will be on the right side when you fade the big public favorite. 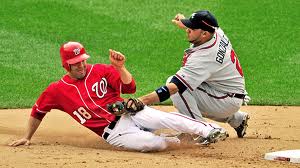 As you prepare to make MLB baseball picks, you need to know a thing or two about defense. People who ignore defense are bound to lose their money, as defense can impact both the side of the game and the total. Teams with good defenses are likely to prevent runs from scoring, and this is one of the fundamentals that all bettors need to take into account. Players with more range will get to more balls, both in the infield and the outfield. When you watch a game and a guy makes a great play, you can see very quickly how defense impacts the game’s total runs scored.

But how do you evaluate defense? Some stats are better than others, and those making MLB picks against the MLB odds you should learn to use the best stats out there. You should not look to fielding percentage when you are trying to evaluate defense. This is a good way to get yourself in trouble, as the best defensive teams do not always have the best fielding percentages. Instead, you need to look to range factor and ultimate zone rating. These are defensive metrics that can provide you with a good idea of what a team can and cannot do on the defensive side of the ball.

Ultimate zone rating is a good statistic because it includes almost everything that a player does out on the field. It includes a metric for a player’s range and how many balls he gets to at his position. It also includes a metric to evaluate a player’s arm. If a guy can eliminate runners on the basepaths, he can have a huge impact on the game’s total runs scored. UZR is readily available on a number of websites, and any diligent MLB bettor will want to make use of it. You should not blindly bet on the under for teams with good UZR, but you should certainly take it into account when making those plays. 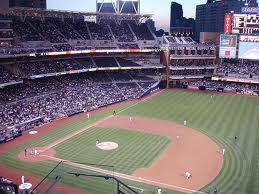 As you prepare to make your MLB picks, you should understand that many factors can ultimately influence the outcome of the game. One of the most important factors is the ballpark. Some parks are better for hitters, while others are much better for the pitchers. Parks change all the time, and some parks evolve into something different over time. Citi Field in New York, for instance, started out as a major’s pitcher’s park, but things have changed, and the new dimensions have made the park more hitter-friendly. Here are three top pitcher’s parks to consider when doing your MLB handicapping.

Down in Tampa, the Rays play in an old dome, but it is a very good setup for pitchers. The park is big, and the ball does not fly very well down there. When you are deciding whether to bet the under or the over, you will want to keep this park in mind, as it helps to depress run scoring to some extent. It has consistently suppressed home runs over the last few years.

Most people know that places like San Diego and San Francisco are tough on hitters. Few people know, however, that Detroit is a tough place to hit the ball. It is one of the biggest parks in the league, and the ball will not really carry to center or left field. This is a place where fly ball pitchers can really beat up on hitters, and it is a place where you should do your best to avoid the over.

There is another AL Central park where pitchers have good success, and that is in Kansas City. Kauffman Stadium is tough on left-handed batters, and the air seems to be thick there. Pitchers often get away with bad pitches, as hitters find it very difficult to get balls to leave the park. If you are thinking about playing a total in Kauffman, know that a team with a bunch of left-handed bats will have a hard time scoring runs there. 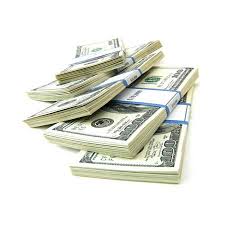 For people who love to bet on totals in baseball, there is one big problem. We love to bet totals typically because we really like one pitcher or hate one offense. But it is difficult to bet on a game total when you just love one pitcher. It can be very frustrating when the score is 7-2, your pitcher pitches well, and you lose your under by a half run. With that in mind, bettors need to think about using team totals as much as possible. At most sports books, you can make MLB bets just on the total for one team or another. This can be an excellent tool when you are certain that one pitcher is going to roll.

When you make your MLB picks on the team total, there are some important things to keep in mind. You must always remember that in baseball, the home team will only bat eight times if it is winning. This can be important for those individuals betting the over or under. If you have a game where you suspect that the home team is going to lose, then you have to be careful when betting the under. They will bat the full nine times, and that can lead to more run scoring in many games.

In addition, you need to know that more runs are likely to be scored in games that are not close. This is because, late in those games, teams change the way they play defense. When a team is winning by a heap of runs, their pitchers will put more balls across the plate, and they will be less likely to try and throw out stealing base runners. They will trade outs for runs in some instances, and this can inflate the total at the end of the game. This is why it is best to spot the over when you feel the game is not going to be a close one. And it is best to look for the under.