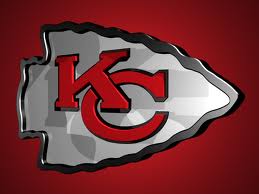 The Chiefs have made some changes this offseason. They have added a new coach in Andy Reid, and he is one of the most respected coaches in the game. On top of that, they have added a new QB in Alex Smith. Both coaching and quarterbacking was a problem last year, so the Chiefs figure to be improved over the next few years. So how will this impact you as a bettor? Are the Chiefs going to be a force or are they going to be the same old Chiefs?

The truth is that the Chiefs are likely to come into next season underrated. They lost a lot of games last year, but that team has a lot of talent. It was not long ago that they were a league average club. If they draft well this spring, they might go into the next year as a team poised for a nice run. You can probably make some good money betting the Chiefs over the first few weeks of the season.

You should watch very closely to see how the media perceives this team. If ESPN and the other talking heads are pumping this team in a big way, then there is a good chance that they won’t be a good value. It is up to you determine where the public perception is going to be. If the public jumps on the Chiefs, then the value will go away in a hurry. But if they fly under the radar, then you might have some good opportunities to bet the Chiefs early next year. 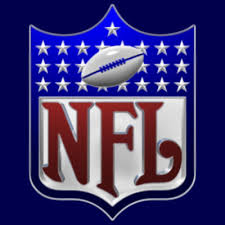 The NFL has a bad habit of passing rules every offseason that bettors have to adjust to. If you don’t adjust to the rules, you will find yourself losing in the early part of the season. So what are the new rules for the next year and how will they impact your NFL picks? One of the new rules has to do with running backs. They are not given the opportunity to put their head down in the open field. This can result in a 15-year penalty, and it might change some games.

So what does this mean for your NFL game picks? It could have a small effect on scoring, pushing totals down a bit over the course of the year. It might also have an effect on those players who run very hard. People like Trent Richardson will see some lapse in effectiveness as a result of this new rules. When rules like this are passed, though, you have to be aware not only of the text of the rule, but also how the rule will be applied in real life. Are officials going to call this rule every time?

Chances are that this rule will be called every so often. When it is called, it will probably have a huge effect on the game. This does not seem like the kind of rule that is going to come into play multiple times in a game, though. The reasons for this are easy to understand. There are not that many runs where this sort of situation would play out. In addition, this rule will likely not be called as much by officials because it is very difficult to determine when a player has dropped his head. At least for this one, you might want to take a hard look at how it makes players change their game. On its own, this rule might not have a huge effect on outcomes, but players might change the way they play as a result. 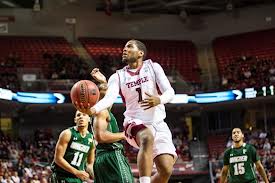 Talk about disappointing teams this year and your conversation will go to N.C. State relatively quickly. Before they were an 8-seed, the Wolfpack was the pick for top team in the ACC during the preseason. They have a bunch of talent on that team, with players like T.J. Warren and C.J. Leslie looking like future NBA players. In this game, they will face a team that has talent of its own and disappointment of its own. Temple is good, and they will be looking to take down N.C. State in a game of the “what ifs.”

What does the Wolfpack have to do in this game to bring home a big win? For one, they have to play good defense on Khalif Wyatt. Temple has a real stud in Wyatt, and they are always looking to get him the ball. In addition, N.C. State is going to need to get good shooting from Scott Wood. Temple has a tendency to leave people open, so if N.C. State can get good looks for its sharpshooter, they are going to have a great chance of being successful. It really depends upon State’s ability to run its offense.

If Temple wants to win this 8-9 clash, it is going to have to shut down Leslie. Teams that beat State are able to stop him in his tracks. This often forces the State offense to struggle a bit, and the Wolfpack have proven their willingness to take bad shots. If you can get N.C. State to be frustrated, you can run them out of the gym. Likewise, Temple has been a slow starting team so far this year. They will have to change that trend in order to move on to the next round, where they would likely face off with Indiana. 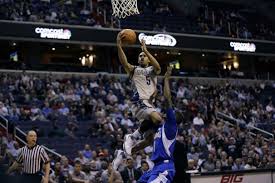 It is not often that a writer like myself would choose to write about a 2-15 game. Last year taught us something, though, and it’s that teams can go down in the 2-15 spot. Duke and Missouri both lost as 2 seeds last season. This year, Georgetown looks like the 2 that is most likely to go down. Even so, that does not mean that there is a huge chance of Georgetown going down. It would be a long shot, but this game against Florida Gulf Coast is worth exploring at least a little bit.

The Georgetown Hoyas play really good defense. At times, though, they can get lost on offense. The emergence of Otto Porter, Jr. has been a huge thing for this team. He scores on the inside, the outside, and at the free throw line. The emergence, though, has caused some of the other players to look to Porter for offense. Sometimes they get caught standing around, while waiting for Porter to do something special. If they are going to go into this kind of shell in this game, they might just find themselves going home a bit early.

What makes me think that Florida Gulf Coast has a chance, & do I make one of my free NCAA college basketball predictions? The answer is simple. Few 15-seeds have come into a tournament with a resume that includes beating a 2-seed. Florida Gulf Coast took down Miami earlier this year, though it has been noted that Miami was missing Durand Scott in that game. Still, Florida Gulf Coast has proven that it is not going to be scared to take down a big boy. Georgetown has also proven itself as a team that can be beaten. If they do not bring a decent effort this weekend, they might become a casualty. 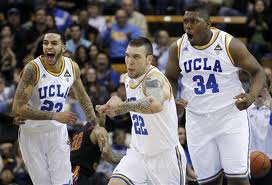 This is a game where both teams have odd seeding. If you ask Minnesota fans, they might tell you that they are happy just to be in the tournament. Before the year, though, they were expecting much more from this team. UCLA is a club that just got to its conference tourney final. The problem, of course, is that they lost a key player to injury. Some have guessed that UCLA might have been dropped a little bit because of that injury, but it is impossible to know what went into the committee’s decision there.

Minnesota has good people on the inside and they have strong guards. Andre Hollins and Austin Hollins are very good players on the outside, and Rodney Williams is more explosive than anyone. On the inside, they have Trevor Mbakwe, who figures to be on the best big men in the tournament. The Golden Gopher plan in this game will be to throw the ball at the rim and go get it. UCLA does not block out very well, and Minnesota is a great offensive rebounding team, does this play into your NCAA picks. If they can get their own misses, they will be in great shape.

UCLA does have a lot of talent, starting with swing man Shabazz Muhammad. The problem, as mentioned before, is that UCLA just lost Jordan Adams. Adams was a freshman, but he shot free throws at better than 84%. He also scored two-pointers at almost 55%. He took good care of the ball and was a strong defender for UCLA. He will be greatly missed, and it remains to be seen how the Bruins will adjust to playing without him. If they cannot adjust quickly, they might just go home in this tournament. 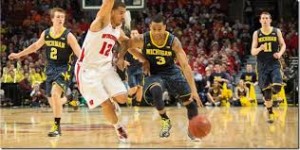 The Michigan Wolverines have had a disappointing end to the year. They have been close to the top spot in the polls at certain points this year, and they were one lucky bounce away from winning the country’s most difficult league. As it ended up, they beat Penn State before getting creamed by Wisconsin in the Big Ten’s second round. Now, they face a South Dakota State team that might give them a bit of trouble. This is one of those spots where some people might pick a trendy upset. But is there reason to expect that Michigan might struggle?

The truth is that Michigan is built for tournament play & may be built for your NCAA tournament picks. They have a point guard in Trey Burke who is both a veteran and talented. He can take over games on offense and defense, and he is able to get his own shot whenever he wants. They also have a junior scorer in Tim Hardaway, Jr., and he figures to play an important role in this game. Likewise, they have good role players and strong guys inside. They are deep and they play a style that many teams will not be used to. Michigan matches up well with South Dakota State on offense. The problem might be the defense.

Nate Wolters is the star for the Jackrabbits. He is a strong point guard who can score in a big way. Some compare him to Steve Nash, as he has the ability to shoot from anywhere. He is a great passer who might give Michigan some trouble. The problem for South Dakota State is that Michigan is going to take care of the ball, and Michigan is going to force the Jackrabbits to beat them without much help. Even with Wolters giving a Herculean effort, it might not be enough to take down Michigan in this game.