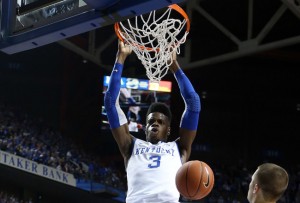 When you hang around sports betting for long enough, you will start to think and talk about matchups. How does one team match up with another? Can one team keep up with the strength or speed of another team? These are the critical questions that must be answered. The truth is that college basketball is less about matchups than most sports. Teams will find ways to use their strengths even against those teams with differences.

For instance, what happens to the team with many good guards when they play the team with many good inside players? On one end of the court, the guard-laden team will stretch the court and make the big guys defend in space. On the other end, the big team will hit the boards and overpower the smaller team. What results, in essence, is a wash if you are just talking about the outcome of the game itself. From a college basketball picks perspective, there is not a tremendous amount to be gained.

Where you might see some difference is in how matchups effect the total of the game. When teams have these sorts of differences in strength, you might see more scoring, as teams can dictate play on the offensive end. On the defensive end, they must react to what the other teams are doing. This means that teams will have some success scoring the rock and less success defending when they are matched up differently from another club. Take this into consideration as you make your NCAA college basketball picks. 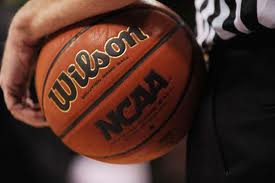 As you go to make your college basketball betting picks this year, you are going to have to think about more than just whether one team is going to win the game. You have to really know whether they are going to cover the spread in an acceptable fashion. In order for a team to cover the number, they have to do more than just squeak out a win. With that in mind, you might be thinking about the fouls at the end of the game. CanÃ¢â¬â ¢t you just count on these fouls to bail you out when your team has the lead? To some extent, this is probably true. But what is the true value of end-game fouling?

As you make college basketball picks and watch the game, you should see a trend start to emerge. That trend is easy to see Ã¢â¬â teams will score free throws, but they will stop playing good defense, too. This means that the other side will score some easy baskets during this time. The other team will also shoot three pointers and try to press. Even if your team is scoring points from the line, they might be giving up points on the other end of the floor when they stop playing good defense.

The end conclusion is that you can count on anywhere from a one to two point boost from end-game fouling. This means that if you are looking to cover a five-point spread, you should only bet on a team if expect them to be up by four points or more at the end of the game. You cannot count on getting a handful of points out of fouls. Though this happens in some cases, most games will see the last few seconds play out evenly. This is a very common mistake that is made by too many players.