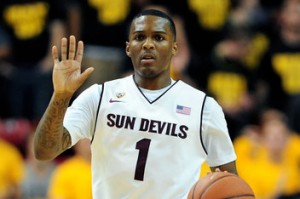 You have probably heard of some of the very good freshmen in the country. You probably know about Shabazz Muhammad of UCLA. You might know a lot about Anthony Bennett of UNLV. These are good players who have gotten a lot of attention. But maybe you don’t know about some of the other studs out there who deserve more attention. These guys are important to any person who is looking to make NCAA college basketball picks. As you look to make your picks, you will want to know about emerging threats. Those emerging players have a chance to change games in some cases. If you ignore them, you will do so at your own peril.

How about Jahii Carson? He has turned into one of the biggest studs in the entire country. The thing to know about Carson is that he always gets to the hole. He does not shoot the ball all that well from the outside, but he can get into the lane any time he wants. He is strong and he plays with some swagger. He has turned Arizona State into a team that can knock off people on the road and at home. As you bet on ASU games, you are going to want to know about Carson and how he matches up with the other team. If the opponents does not have a player who can check Carson, then he might just take over the game entirely.

You might also want to know about Willy Cauley-Stein of Kentucky before you make your college basketball bets on them. Cauley-Stein is a 7-footer who has tremendous game. He can take it outside and he can handle it on the inside. He has been injured a bit this season, and he is somewhat overshadowed by UK’s Nerlens Noel. Still, he must be on your radar as you make your bets. He is an absolute game-changer for the Wildcats. And when he is on the court, they are much better.