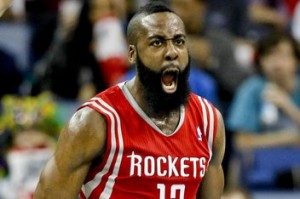 When you make those NBA spread picks, you will want to predict nights like the one Houston had recently against Golden State. The Rockets put up 140 points. They did so by coming very close to the all-time record for 3-point baskets in a game. So how do you know when this type of thing is coming? That is the big question that you have to ask yourself when you make your NBA picks. You are never going to be able to predict those kinds of nights with 100% accuracy. You can, however, notice some little things that might lead you to believe that a team is going to lay down the way Golden State did.

The Warriors have a relatively short bench. They also play some difficult games on the road. The road trips from California can be very long, and this can have an impact on the way teams play. If you can catch a team with a short bench playing on a tough trip on the road, you might be able to get on the right side. You must also keep up with the news about various teams. If you had followed Golden State closely, then you might have known that the team was struggling a little bit to keep up with things. They had been worn down a bit by the season itself. This is important information to get if you can do so.

Ultimately a shooting night like the one Houston had is going to be very difficult to predict. Teams shoot very well and very poorly for no reason at all. The real answer is to make sure that you are on the lookout for those opportunities where a team is going to face a poor defense. Good shooting is more affected by bad defense than anything else. If you can keep that in mind, then you can find success. You might not be able to make NBA picks by figuring out when Houston is going to get hot. You might, however, be able to figure out when a tired tea mis going to stop playing defense.