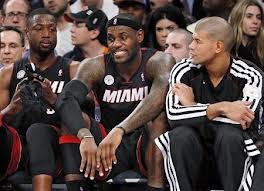 If you have watched the Portland Trailblazers this year, then you know that they have some issues. You know that they play really well some nights, and they play very poorly other nights. The big problem for Portland is that they have a short bench. They get the lowest contribution from their bench of any team in the league. Impressively, they get the lowest bench total of any team in the last decade. What this means is that they can often struggle when they play many games in a short span.

You need to start evaluating teams with short benches. If you have the opportunity to bet teams with deep benches on a back to back game situation, then you will be much more efficient with your NBA picks. This information is readily available if you are willing to use the stat sites out there. Not only are you looking to bet on teams that play a lot of players, but you are looking to bet on teams that get contributions from many different players. A smart NBA bettor will have the ability to analyze this data before making the bet.

You should know that teams like Portland are dangerous. At some points, the market might over-adjust to the information. They might expect Portland or other short bench teams to fall flat. When the market makes this overadjustment, you will notice that the lines are just a little bit off. If you are going to be a successful NBA bettor, you have to keep this information in mind. You are just an analyst within a market. Always try your best to recognize whether or not the market has adjusted to any edge that you might think you have. 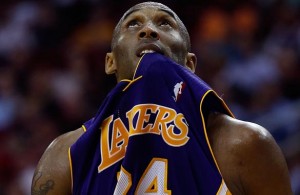 As you make your NBA picks this year, you may be looking at the Los Angeles Lakers as a potential bounce back value. You may be looking for opportunities to fill your bets on the Lakers over the next couple of weeks. One of the problems with the Lakers, though, is that they haven’t been able to win on the road. They have struggled to win or even keep games close. Even against bad teams, the Lakers have been largely shut down when they get outside of the Staples Center. Is this something that is going to change? Or is it something that figures to remain basically the same over the coming weeks?

The Lakers are mostly struggling on the road because they cannot score late in games. Even with Kobe Bryant doing his thing on the passing end, the Lakers have missed a lot of shots around the basket in their road games. Is this something that is going to change? You might think that. The Lakers do have a lot of talent, and they seem to be getting good shots around the goal. You have to think that some of these shots are going to eventually fall if they keep doing things the right way.

When you make your NBA picks in the coming months, expect things to turn around a little bit for the Lakers. You have to be careful about how much you think the Lakers are going to pick it up. They are likely to play better basketball on the road, but that does not necessarily mean that the Lakers are going to turn into their old selves. The Lakers are still out of whack, and they still do not look like a team that can challenge for a title. The best NBA picks against the spread advice is hold your expectations down to some extent and look for opportunities to bet the Lakers in the mean time.