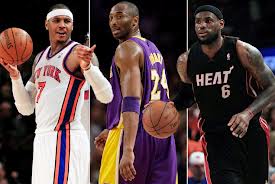 So you’re making your NBA picks and you think you’ve got it won. Maybe you are used to making college basketball picks, and when a team gets up in college basketball, they usually close things out. The NBA is different, though. In the NBA, you need to be aware of a few reasons why comebacks are so common. Teams are more likely to come back from huge deficits in the Association, even when it looks like they’ve been killed in the first half. This is the way the NBA operates and you better get used to it if you want to win with your NBA spread picks.

Why is this the case? First, it’s because games in the NBA are so long. Not only are NBA games physically longer than college games in terms of time off the clock. In addition, games have more possessions. The NBA shot clock is about a third shorter than the shot clock in college, and teams generally play faster in the NBA, too. Players are faster, less defense is played, and they are more likely to score in transition. This means that coming back in the NBA is much easier based upon available opportunities. There are just more chances to score points in this scenario.

In addition, the players in the NBA are better shooters. In the college game, it is rare to have guys who can knock down almost every open shot. This is not odd at all in the NBA. The NBA is full of guys who can flat out shoot the rock. If they get on a roll, they can hit a shot on every single possession. So how can you use this information in your betting? When you make your NBA picks, you may want to hedge if you have a big lead at halftime. You may also want to make bets on teams that are down big at the half, check out our NBA matchups hereÃÂ . You can get some great value if you are willing to take that risk.