Bodog is running four WSOP Seat Giveaway Qualifiers every single day in May! These qualifiers start at 3 a.m., 9 a.m., 3 p.m. and 9 p.m. ET. The buy-in is only five Bodog Poker Points which means that every new signup gets 10 free tries at a WSOP seat!

Each tournament caps at 5,000 players and the top 25 will be invited to participate in the WSOP Seat Giveaway Finale that will be hosted on June 7. The first place finisher of each qualifier will also receive T$29 to participate in a âMain Event Cheap Seatâ tournament.

Check out the Bodog WSOP qualifying schedule for more details.

(Oops, you know I meant Kentucky Derby).
by J. Mesa

An up-and-down horse racing prep season has given way to the first leg of this yearâs Triple Crown. The first Saturday in May marks the annual running of the Kentucky Derby and this yearâs Derby will see some upstart runners with lots of early-season success and even more yet to be proved.

Trainer Todd Pletcher has distinguished himself as the premier trainer in America by wining the Eclipse Award an amazing four times in a row. But the one thing that has eluded this top-tier trainer is a single Kentucky Derby win. Could this be the year?

Pletcher will push two runners into the starting blocks at Churchill Downs while carrying a giant ape of a 0-19 mark into the Derby â the longest such losing streak for any starting trainer. Not only has Pletcher gone 0-fer, he almost missed getting a runner in the race at all this year.

END_OF_DOCUMENT_TOKEN_TO_BE_REPLACED

1) Pyro packs the best closing punch of the group and still owns the most consistent form of any 3-year-old in this crop, even after he failed to fire for the first time in his career in the Blue Grass Stakes. He never finished worse than third during his initial six starts, so we’re willing to toss out that poor effort as it was run over the Polytrack, while all of his previous races and the Derby will be contested on dirt. In fact, he entered the Blue Grass in great form, earning back-to-back victories in the Risen Star Stakes and Louisiana Derby. This colt is a son of Pulpit, who was sired by A.P. Indy, the former Belmont Stakes winner and one of today’s top sires. If you’re looking to knock this favorite, it could only be that his late closing run might get him into traffic trouble when facing 20 other runners on Derby day.

2) Big Brown hails from the barn of Richard Dutrow, Jr. and has been nothing short of awesome while compiling a perfect 3-for-3 lifetime record after taking Saturday’s $1 million dollar Florida Derby. So far, he’s won on both turf and dirt and has shown the ability to rate off the pace or take his foes wire-to-wire. Probably the colt with the least amount of pedigree, sired by $10,000 stud Boundary, but that didn’t keep him from selling for a solid $190,000 at the Keeneland sales. Been working like gang busters in Florida while waiting to make his next start on Derby day. His biggest knock is that he’s lightly raced, just like the last year when we saw an unbeaten, 3-for-3, Curlin finish fourth in the Derby only to improve with every passing start with the extra experience.

END_OF_DOCUMENT_TOKEN_TO_BE_REPLACED 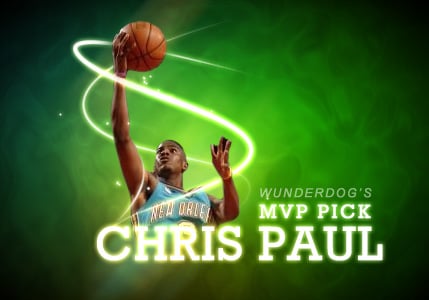 We went rounds trying to arrive at a conclusion as to what makes the Most Valuable Player. Is it the best player form the best team? Or is it the player from any team that has meant the most to their team when it matters most?

We here at Wunderdog Sports Picks have determined that a true MVP is the latter. The league MVP should go to the player that has meant the most to his team. The player that has taken the reigns and driven the team where most other players fell short is truly the most valuable.

END_OF_DOCUMENT_TOKEN_TO_BE_REPLACED

OK, Iâm not a big hockey guy, but I have to give to the NHL. After an off-the-radar regular season where most of the games were televised on the fledgling VS. network, sandwiched between extreme cagefighting and Hunting for the Big Fish, the NHL had redeemed themselves in this yearâs playoffs and my TV thanks them.

There were a few first round seriesâ that we saw go to seven games and the NHLâs stars really came out to play. We saw phenom Alexander Ovechkin break out of a slump to all but take over the series for Washington. Even though the Capitals dropped game 7 to the Flyers, Ovechkin almost single handedly lifted the Caps to the second round. Not like thereâs anything going on in Washington right now anyway.

END_OF_DOCUMENT_TOKEN_TO_BE_REPLACED

The legends made it look so easy back in the 1970’s. Secretariat started it by sweeping the 1973 Triple Crown with amazing ease. It doesn’t matter if you’re an avid horse player or experienced making horse racing picks, every sports fan can recall the image of “Big Red” romping down Belmont’s stretch to win the final leg of the Triple Crown by 31-lengths. Just four short years later in 1977, another legend, Seattle Slew claimed the crown. While race fans were still debating which of those two Champions was the better thoroughbred, Affirmed turned back Alydar in three consecutive battles in 1978. Those legends treated us to three Triple Crown winners during a six-year span, including back-to-back winners!

Fast forward to 2008. It’s been 30 years since Affirmed won the Triple Crown, but many have come close…very close. In fact, since 1997 six 3-year-olds have won the Kentucky Derby and Preakness Stakes, only to fail as favorites in the Belmont Stakes. Even though we’ve had to wait three decades for our next champ, it’s been worth the wait, as it’s a settling feeling that we don’t have to mention the names of Silver Charm, Real Quiet, Charismatic, War Emblem, Funny Cide and Smarty Jones in the same breath as Secretariat and Slew. After failing to win the Belmont Stakes, none of these six experienced racing success expected of a Triple Crown Champion, or made much of an impact in the breeding shed.

There are no more prep races, only morning works- and dreams- as we wait to see if a new star emerges from this crop of 3-year-olds as the horses “jockey” for early position and horse players begin to formulate their Kentucky Derby Picks.